Mobile phones are now considered an indispensable part of modern life, but phone companies should be held to account and made to provide fair and transparent pricing. In this in-depth look at bundled phone contracts, we consider:

With some models of smartphones now carrying a £1,000 price tag, an increasingly number of Britons are opting to take out a bundled package. Paying off the cost of their new mobile with monthly instalments is a convenient way for them to have a new handset without saving up first. However, spreading the cost over the term of their contract comes with a price tag. We examine the two main problems of these combined data/new handset packages, and how they’re costing Britons a total of £490 million a year. We look at what regulations are being planned by Ofcom before giving advice about what you should do if you’re one of the estimated 4 million people in the UK affected by these extra charges.

There are two key problems with bundling your phone contract together with the cost of a new handset.

When consumers take out a bundled phone contract, their main concern is usually how much it will cost them every month. They’re less interested in having a price breakdown of each component of the deal.

Although Citizens Advice found that 73% of bundled deals are more costly, just over half of British consumers (55%) were under the misapprehension that it was cheaper. The worry is that this lack of price transparency makes it more difficult for them to make an informed decision.

Bundled data/handset deals would be fairer if consumers upgraded or switched to a better deal (with the same or a different phone provider) when their contract expires (usually 24 months.) However, what often happens is that many consumers remain on the same deal and so are effectively paying for a phone which has already been repaid. This loyalty to the same mobile phone company comes at a price. Citizens Advice estimate that 1 in 3 British consumers (or 4 million people) go over their contract period by an average of 6 months. This ends up costing them an average of £22 per month.

How Ofcom are dealing with the problem of bundled phone contracts

Although Ofcom have been aware of this problem for several years, they have attempted to encourage mobile phone companies to take matters into their hands so as to avoid regulation. Although some smaller companies have set up a split-model contract (with separate pricing for the handset and data), many continue to use bundled contracts as standard. An Ofcom spokesperson commented that many mobile companies hadn’t offered sufficient or firm commitments to solve the problem on a voluntary basis. 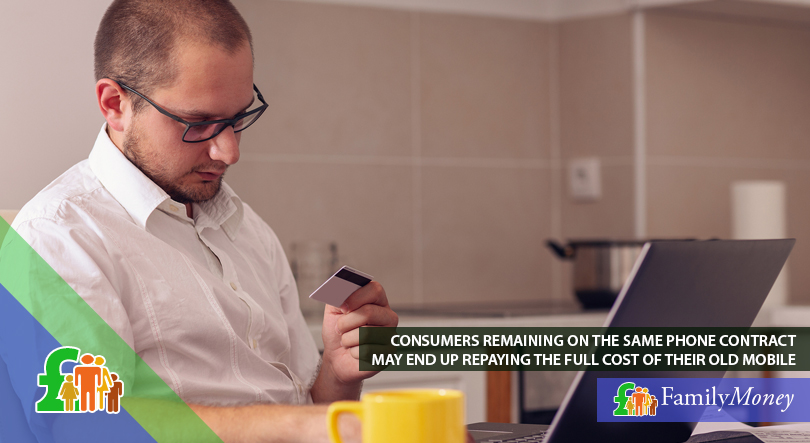 As a result of this, Ofcom have now stipulated that from 31st July 2018, companies must notify consumers 40-70 days before their contract expires. This notification should depend on the personal preferences of the customer but could be via email, letter or text message. In this alert, customers should also be informed of any proposed changes to the prices and services on offer and be advised of ways to save money on their present deal.

Ofcom’s next step has been to set up a consultation period which will run until November 2018. During this period, they are asking for contributions from mobile phone providers, consumer protection organizations and consumers to improve the outcome for consumers by further regulation.

What can I do if I am overcharged by my mobile phone operator?

If you have been overcharged by your mobile phone operator, the first step you should take is to check your mobile phone bill for detailed charges. You should review these charges and ensure that you did not incur them by the legitimate use of the agreed upon services. You should cross-reference your allowance of minutes, messages, and data to ensure that you have not exceeded your contractual agreement.

How do I see what I’ve been charged for by my mobile phone operator?

What is phone bill cramming?

The reaction of consumer protection groups

Although consumer protection organisations have welcomed the possibility of further regulation of the market, they have been critical that one notification is insufficient. Apart from several warnings, Citizens Advice suggest that each mobile provider should also be forced to compile and publish data about their customer numbers and how much they’re paying. They believe this would enable consumers to make an informed decision when shopping around for the best possible deal.

Citizens Advice suggest that each mobile provider should be forced to compile and publish data about their customer numbers and how much they’re paying.

Citizens Advice also recommend that there should be clearer price transparency especially at the point of sale so customers know how much more a bundled deal could cost them in total.

What should you do if you have a bundled deal?

If you’ve bought a new phone as a bundled deal, you should immediately check your contract to see when it expires. If it’s still valid, you should make a note of when it ends and a month beforehand, start looking around for a better deal or move to a SIM-only deal (without a new phone.) If you decide to upgrade, you should ask that the new deal is a split contract so charges for the handset stop automatically at the end of the contract.

There is always pressure to buy the latest handset. However, you can find much cheaper ones if you look for nearly-new bargains. Alternatively, you could keep your mobile and save for a year to buy a new phone in the sales or just before new models come on the market. If you prefer the convenience of buying from a mobile phone company, you should ask for a split contract. Another key way to save money is to always be aware of when your contracts for services or utilities come to an end so you can switch or upgrade in time.