Over the past year, the number of people who complain about payday loans or lenders made to the FOS (Financial Ombudsman Service) has skyrocketed. Not all of the complaints are about payday loans which were taken out before the FCA took over the regulation of the industry from the OFT (Office of Fair Trading).

In their official figures, the FOS revealed that nearly 40,000 complaints were made about payday lenders in the year up to March 2019. They were the third most common reason for consumers to complain to the FOS (after mis-sold PPI and current accounts).

An FOS spokesperson called this 130% rise over the past year both startling and unacceptable. If you have borrowed money from a payday lender, do you have a reason to complain and could you be entitled to some compensation?

Why Are People Complaining about Payday Lenders?

The main reason why borrowers are complaining about payday lenders is that they believe that there were superficial or non-existent affordability checks about their ability to make the loan repayments.

An affordability check takes into account your income, your priority debts (such as housing and utility bills) and any other pre-existing debts. A loan is only affordable if you are able to make your repayments without struggling to meet all your other financial commitments and you don’t end up with unsustainable debt. In their investigations last year, the FOS found that some borrowers had been facing major financial difficulties as they had been trying to pay off 10-15 payday loans at the same time.

Even after a loan has been approved, lenders should realise that a borrower is in trouble if they see evidence of one or more of the following tell-tale signs: 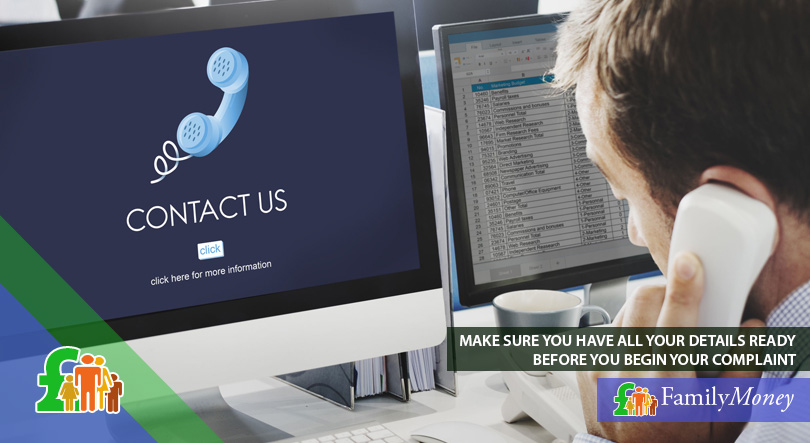 Another reason why consumers have been making payday loan claims or seeking payday loan refunds is that they argue that the costs of repayment weren’t made clear to them including additional charges and/or fees. Without giving their informed consent, they were effectively mis-sold their payday loan.

If these reasons reflect your own experiences, then you might be able to make a complaint about your payday lender.

Before going any further, if you’re making a complaint about an older payday loan, you should make sure that the lender is still in business as some have left the market or gone into receivership (such as Wonga). Although you could still make a complain about a firm in receivership, you should be aware that if awarded compensation, you will join a long line of other creditors.

How do I file a complaint against a payday loan?

When you wish to proceed with a complaint to your payday lender, you should initially collect all documentation related to your payday loan and repayment terms. This should include bank statements, your credit report, and any communication you held with your lender. You should notify your lender that you wish to complain and discuss with them the terms of your agreement. You should seek debt management advice before deciding whether to stop making repayments on your loan. Your lender is obliged to respond within a period of eight weeks after receiving your complaint.

Can you get a refund on payday loans?

What happens if you can’t pay back a payday loan?

If you are unable to pay back a payday loan, you would be at risk of having your credit score drop to very low levels, severely affecting your ability to borrow in the future. You should seek debt advice for your loan repayments if you are struggling financially. If you default on your loan repayments, you may also wish to get in touch with your lender to negotiate a flexible repayment plan.

Making a Complaint to a Payday Loan Firm

In order to prepare your complaint and be considered for any payday loan compensation you need to collect all the relevant paperwork to strength your case. This includes documentation such as bank statements, a copy of your credit report and any communication with the lender such as emails. You might find information about your past lending from the payday firm’s website. If you can’t find all the facts, you should contact the lender and ask for details about the loans you have taken out. At the same time, you should inform them that you intend to file a complaint about their treatment or if you believe they have mis-sold payday loans.

Once you have all the facts, you notify the lender officially that you wish to complain (if you haven’t already done so). If you still owe money for a payday loan, you have to decide whether you should stop making the repayments. If you need to cancel a CPA, you should notify your bank before the payment is due.

When contacting your payday lender, you should detail any financial struggles you suffered as a result of the payday loan. If you feel that you were mistreated, or you intend to claim back payday loans, this should be mentioned in your email as well. You should add that you wish to receive a full refund, sometimes known as a payday loan reclaim. You might not necessarily receive this but it’s worth trying.

Once the lender receives your complaint, they should reply to you within a month. If they ask for further documentation such as payslips, you are under no legal obligation to provide these. They then have 8 weeks to respond to the issues you have raised.

How Do Payday Lenders React?

After an internal investigation of your case, the payday lender might acknowledge your complaint and offer some financial compensation, or they might reject your complaint out of hand.

Once you accept the compensation/refund (even if it’s less than you hoped), you can’t later change your mind and use the services of the FOS. You should therefore think carefully before accepting their offer.

If you feel that their offer is insufficient or if they have rejected your complaint, you have 6 months after hearing from the lender to decide whether to take the matter further and refer your case to the FOS.

The FOS complaints about payday loans procedure is completely free of charge. There is a step-by-step guide on the FOS website about how to file a complaint. Alternatively, you could make your initial complaint over the phone if you prefer and attach the supporting documentation to a later email. You should also send them a copy of the letter you received from the payday lender in reply to your initial complaint.

Once your complaint has been received, you will be notified and if necessary, they might ask for further documentation in support of your case. The FOS adjudicator will also request a copy of your case file from the lender. If you are considering dealing with so-called payday loan refund companies, we advise taking legal advice first.

You will be notified of the final outcome of their investigation into your case in 4-6 months.

Do You Need Help in Making a Payday Loan Complaint?

Paying for a solicitor or financial consultant to represent you at the FOS is unnecessary. If you decide to use a claims management company, you should be aware that they will take a percentage of any money you are awarded as their fee.

Writing out your complaint doesn’t require complicated ‘legalese’ and organisations such as the CAB are willing to help you without charge. Instead, you should concentrate on explaining how the mis-sold payday loan had a detrimental effect on your daily life and financial circumstances in everyday language. This will help the company in question decide if you could claim back interest on payday loans you may have agreed to or other outcomes for your case.

Family Money have a step by step guide on how to make a payday loan complaint.