Klarna was founded in 2005 by 3 Swedish entrepreneurs as a safe and simple way to make online payments. In 2017, they launched in the UK, and have since become the largest Buy Now Pay Later provider in the UK. 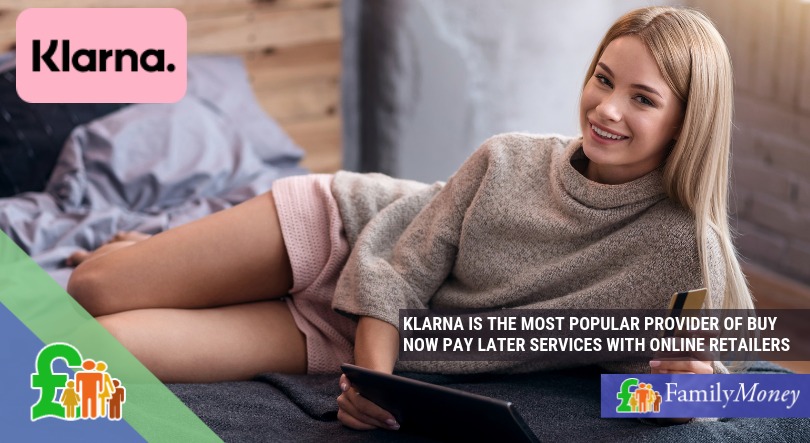 With Klarna, customers can delay payment on their online shopping or split their payment into instalments. To use it, you need to go onto a website that partners with Klarna and select ‘Pay later with Klarna’ at checkout. You can see a list of shops that work with Klarna here.

Klarna Pay Later allows customers to delay their payment for up to 14 days entirely. Some retailers are using this feature to promote a ‘Try Now Pay Later’. This is where consumers can order clothes, try them and if they don’t like it, they can return them before the returns period and not be charged (besides for shipping). ‘Try Now Pay Later’ schemes have become especially popular with major high-street brands like H&M, Schuh and Topshop as well as large online retailers, such as ASOS and Shein.

Klarna Slice It is probably the most popular Buy Now Pay Later option. It allows customers to buy products and split the payment into three instalments with no interest or charges added. This can help customers buy things that they need immediately, but allow them to pay in a more manageable way, so they still have money left for other necessary purchases.

This article is not discussing a Klarna Account, which customers use to shop on credit and is not interest-free.

Does Klarna carry out a credit check?

Many economists have dubbed Klarna as the most significant source of new-generation debt as it supports the ‘I want it now’ mentality. They claim it can lead consumer into a debt spiral if they are not aware of the dangers. However, Klarna has stated that they have restrictions in place to encourage responsible purchasing and prevent overspending. For example, they ensure that customers make a payment on existing purchases before they can make any further purchases.

Should I use ‘Pay with Klarna’?

If you pay on time, Klarna is a way to make your online shopping more manageable without paying any fees or interest! When used responsibly, Buy Now Pay Later options can be life-changing. They can allow you to buy things you need without too much money going out of your account, and with no interest added on later! However, if you miss a payment, this form of payment can become very expensive! Our recommendation is only to use Buy Now Pay Later with Klarna as a final resort.