In this story, we will look at a study conducted by personal leasing company All Car Leasing who have conducted a study of 1200 people with new babies. The study identified

While some of the statistics published by the company were reasonably obvious, there are also some surprising statistics regarding the buying habits of parents and the time spent off the road after having a child, particularly for younger parents.

A little over half of those surveyed were first-time parents, this equated to 55%. Of the first time parents, only 16% said they were driving within seven days of giving birth. Experienced parents with more than one child were more than twice as likely to drive within a week, 35% were behind the wheel quickly. While unable to drive there is often a burden placed on the partner to become the necessary transport for the family.

Younger drivers were more likely to worry about getting lost at 21% an interesting statistic with most young drivers having smartphones many of which will have up to date mapping apps. Younger parents also concerned themselves with other drivers and making a mistake themselves being a joint second reason for youthful parents being concerned on a journey. While older parents will typically have more experience driving concerns about other drivers came out as the most popular worry as was crashing their own cars with a baby inside. Crashing was not defined by the study whether these were serious collisions or minor prangs regardless, the financial implications on any family could be significant.

As technology has developed, the safety features as either cost options or standard on vehicles have also become more advanced. Lane departure assistant, radar cruise control, automatic emergency braking and parking aids can help to prevent low speed or minor accidents. For this reason, it is unsurprising why so many new parents will purchase a new car when either trying for or expecting a baby, what was surprising was the finding of the survey. Two-thirds of parents will buy or lease a new car, treating the decision as another necessary purchase for the safety and benefit of the child.

Safer cars were the priority for parents regardless of age, with 30% of the surveyees when asked focused on the safety aspects of new cars while shopping. Those under the age of 25 also wanted a car with more interior space while people over 45 would want a larger car. Between the ages of 55 and 64 a third of those asked would change cars to drive something more sensible for a baby.

1 in 4 have had an accident

While it isn’t surprising to find out that some of those who completed the questionnaire have had a car accident, what was surprising is that 1 in 4 new parents have had a collision with the baby in the car. Just under half of those who answered yes being mothers while more than a third of new dads confessed to being involved in some form of a road traffic accident with the infant being a passenger. Northern Ireland was the safest place polled for parents while those asked from Scotland were split 40% to 60% in favour of no accident. 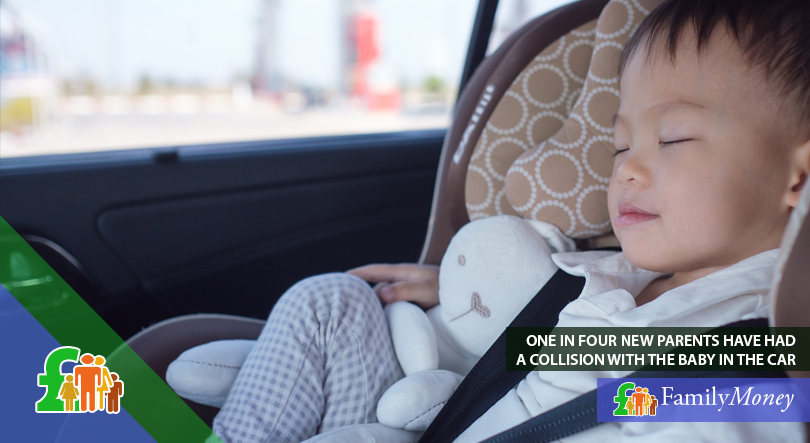 While driving 89% of guardians will use some form of distraction to keep the baby occupied while driving. Simple distractions such as talking to the child, was the most popular while some cities including Belfast, Leeds and Sheffield prefer to soothe their babies with music, some parents like those from the North of England, Manchester and Newcastle and as well as Birmingham, Bristol and Nottingham have a tendency to use toys as a distraction. It was no surprise to learn that some parents are willing to go for a drive specifically to soothe the baby. The report found that 42% of those with a new baby use their car as a distraction.

We asked Richard Bolton from All Car Leasing what he thought of the study results.

“We were expecting some of the results, such as the majority of parents getting behind the wheel after a few weeks, what was astonishing was to learn the behaviour of expecting parents and how they treat the purchase of a new car to suit their changing needs in a similar way to how they would adapt their home or buying other newborn accessories.”

The cost of a new child is typically more for first time parents, while a growing family will typically buy new cars for more room or better reliability as well as a safer vehicle, to avoid being one of those to have an accident with the baby in the car.