Half of the world’s ten oldest banks are from the UK and are still in operation. These old institutions are responsible for many of the features that current accounts still have today.

In this article about how current accounts evolved we shall examine:

How far can we trace back the history of banking?

The methods of banking that are familiar to us today have their roots in the 17th century, but banking has been around far longer. Evidence has been found in primitive communities of string and beads that were used to record debts and as far back as 14BC in China, a form of paper money made from stag’s skin has been discovered.

In the Ancient World of Greece, Babylon and throughout the Roman Empire, banking was essential to deposit money for safe keeping and to conduct international trade. The fall of the Roman Empire led to a decline in banking and usury laws put into place by the Church put restrictions on lending.

Banking in England during the Middle Ages

Most common people in England during this time had no need for banking. They traded their goods between themselves and had no wealth. The Jewish immigrants that had come to Britain at the time of William the Conqueror were barred from trade and as they did not have to observe the Church’s laws, they became money lenders. 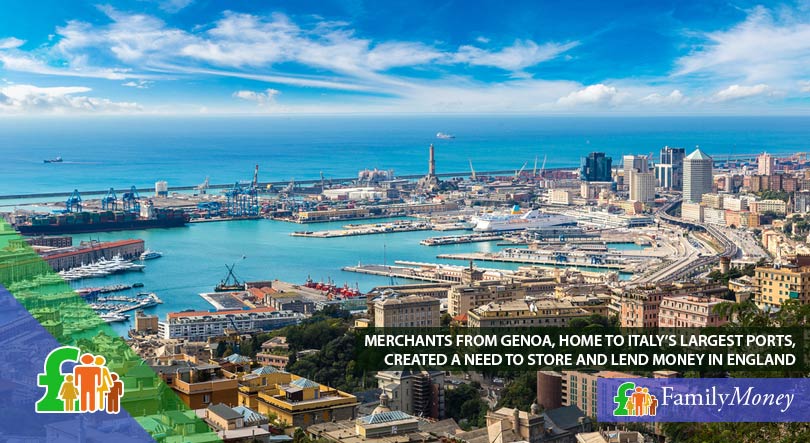 Roman and Anglican kings used Jews to supply them with money until they could collect their revenues. The Jews became the King’s Exchequers, collecting revenues and lending at the same time. They became intensely disliked in England and in 1290, in order to appease public feeling, the Jews were driven out of England and treated cruelly by the people. They did not return to England until the time of the Stuarts.

The Italians filled the gap left by the Jew’s banishment

Rich Italian merchants, from Italy’s trading ports, arrived in England at a time when the country was changing from having its wealth tied into land to more commercial activities. This formed a need for a place to store and lend money. During the reign of the Tudors the age of discovery and colonisation began and trade at home and abroad expanded. Henry VIII repelled the usury laws that had been enforced for centuries by the Church and made money lending legal at the King’s rate of 10%. His daughter, Elizabeth 1 continued in his footsteps and early modern banking was born.

The Italians were responsible for many familiar banking terms used today

Lombard Street in London is still today the heart of London’s financial centre. The Italian Merchants named the street after the Italian town of Lombardy. We have kept a lot of their vocabulary in today’s banking system and use words like debt, credit, ledger and cash till this day. The merchants conducted most of their business on benches or “bancos”, as they called them and it is said that the term bank is derived from this word.

Sir Thomas Gresham is considered the “Father of English Banking”. He followed the example of the Italian merchants and began lending and borrowing money, becoming the most successful of the London merchants. He served the Monarchs of his time and formed the Royal Exchange in Cornhill, London. This became the meeting place in London for merchants to trade and conduct business.

How goldsmiths became the early bankers in London

It was during the 17th century that the goldsmiths began accepting gold deposits in return for receipts that were in effect the first cheques, or banknotes. They lent and stored the gold of aristocrats and merchants and soon gained a reputation for being reliable in their banking-like services. They soon started to offer other financial services and became the pioneers of modern day banking.

During the 17th century, goldsmiths began accepting gold deposits in return for receipts that were in effect the first cheques, or banknotes.

Other financial institutions soon became established in the City of London’s square mile. The London Stock Exchange and Lloyd’s of London insurance market were both started in London coffee houses. The Industrial Revolution and the rapid growth of international trade saw an increase in the amount of London banks. During the 19th century there were over 700 private banks supporting trade in all parts of the world.

The Bank of England supported the early banks

In 1694 the Bank of England was formed to act as the government’s banker. Since the 19th century it has offered loans to banks facing financial ruin and has been essential over the years to stabilise the economy. With the support of The Bank of England, private banks had the security that they needed to expand their businesses and form branches outside of London. This is when the amount of banks in England were reduced to a few successful main banks, some of which still operate today. 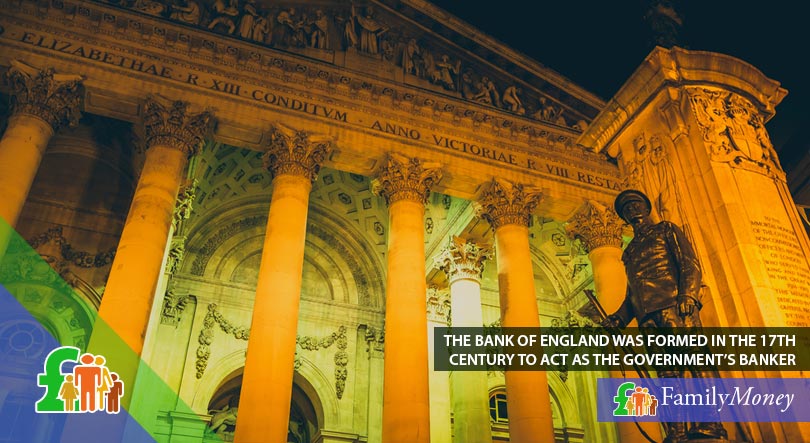 It was during the 18th century that the first pre-printed cheques appeared. To accommodate these in one place, a clearing house was set up in the Five Bells Tavern, where bank clerks could exchange cheques and settle cash balances. The overdraft was first seen in Scotland in 1778 when The Royal Bank of Scotland allowed a merchant, named William Hog, to take 1,000 pounds from his bank account without having the funds in there.

Bank accounts used to be only for the privileged few

Years ago it was only wealthy people who used bank accounts. This trend was in place for over 200 years until the beginning of the Twentieth Century, when more common people began to store the little money they had in banks. At the beginning of the century almost a quarter of families with low incomes did not have a bank account. That figure is greatly reduced today with only 4% of people not holding current accounts.

A current account is an account at a bank which allows the account holder to access many everyday banking services. Some of these services include sending and receiving money (such as your salary, benefits, or pension), paying utility bills, and setting up direct debits in order to make regular payments.

Typically, a bank only allows their customers to hold one current account. However, banks normally offer multiple accounts which can be of use for certain account holders. If the account holder also has a second bank at which they hold an account, they may have a current account with them as well.

While current accounts are invaluable with respect to the usefulness of the everyday banking features that they offer, they are in fact not the most competitive financial products, as opposed to savings accounts. They offer low interest rates, and services of package accounts can cost more depending on the bank. The fine print is also lengthy and difficult to understand. Corporation can be charged huge fees for their current accounts.

Bank accounts today are a necessity

In an increasing digital world, most people cannot function with out a bank account. Pensions and state benefits that were once paid across the counter at post offices nationwide, are all now paid directly into bank accounts. People who had bad credit ratings and could nor open accounts have been helped by the Treasury who have forced high street banks to offer current accounts with basic banking services, but no charges. Low priced energy deals were only available to customers paying by direct debit and were previously unavailable to customers without banking facilities. 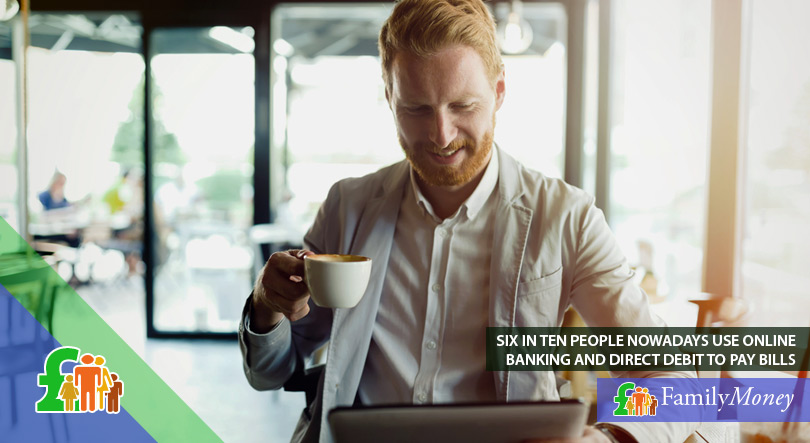 All the familiar bank account features are quickly disappearing

Years ago money was deposited and accessed by a passbook that was taken into your local banking branch. The banking system is changing rapidly as people start to use on-line banking and negate the need for physical branches. Banks tend to operate from big centres and many banking transactions can be done in local post offices by the elderly who are not internet savvy.

Six in ten people now use on-line banking and direct debits to pay their bills, rendering other payment methods useless. Cheques were due to be scrapped by 2018, but due to a public outcry, they are to be left in place. Some 500 million cheques are written nowadays compared to the 2.8 billion cheques that were written in 1990. Many banks have scrapped cash books and money can now be withdrawn from cash machines by using your smart phone.

So what can we conclude about current accounts

Technology has made the need for a current account stronger that ever before. It seems as though the familiar banking system, that many of us grew up with, consisting of cheque books and chats with our bank manager, has almost disappeared and is being replaced by internet services. Only private banks still offer many of these familiar services.

High street banks have been forced to adapt in order to compete with new on-line banking companies who do not have the expenses of branch banking. The use of cash is declining and banks are handling almost all of our monetary transactions and will continue to do so way into the future.