In this introductory chapter, we explain the common themes running through this guide on the development of the British pound.

Introduction – The history and chronicle of the British currency

From hand-hammering coins to the issue of polymer banknotes, the pound sterling has had a long history but what have been the driving forces behind changes to the money we use every day without even thinking about it?

The influence of war on the pound

There’s no doubt that raising an army is an expensive business. In an era, when troops had to be fed and armed, one reason for changes in the pound has been the need to fund military campaigns abroad. The establishment of the Bank of England itself was a result of William III’s need for funding to help him fight while during the 1st World War banknotes were issued and Britain came off the gold standard to pay for the massive debts incurred by the war.

Trade, commerce and the pound sterling

From the precursor of the banknote (the promissory note) to the issue of low-denomination notes in Scotland, being able to trade has played a major role in the way our money has developed. Ways had to be found so people could trade easily with the minimum of fuss and in complete safety. We consider how trade affected the development of sterling.

The Royal Mint and the Bank of England

The development of the pound sterling as we know it today wouldn’t have been possible without the creation of two important institutions: the Royal Mint and the Bank of England. But did you know that in the past mints were found in most provincial towns and that the London Mint was just one of many across the country? Similarly, the Bank of England didn’t have a monopoly on the issue of banknotes until late into the 19th century. We explain the reasons for their growing influence throughout history and explain their role today. There is also a chapter devoted to how our money is made: both in the past and nowadays, we explain coin-minting and the printing of banknotes. 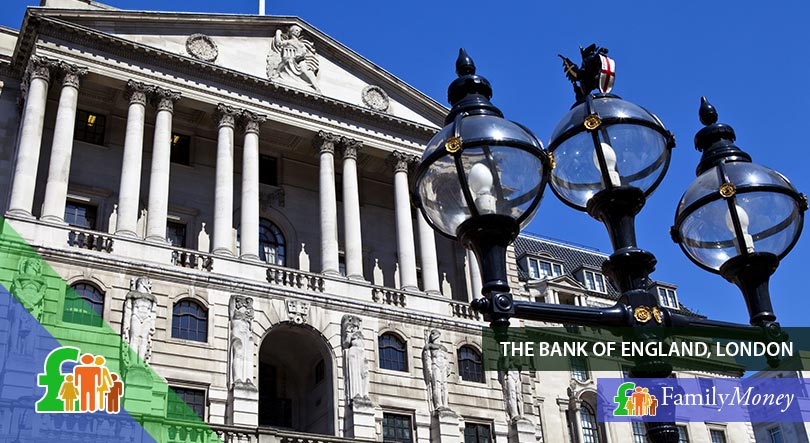 The Royal Mint is also instrumental in minting a number of commemorative and ceremonial coins. We give information about these coins and answer the question of whether they make a good investment or whether they’re just mementos of important historical events. Every Easter you might see a news story about the Queen attending the Maundy Thursday ceremony. We trace the development of this ceremony from the 4th century and explain how the recipients of Maundy coins are chosen. As for the coins themselves, do you know how many are given and what they look like?

Although decimalisation occurred nearly 40 years ago, you would be forgiven for thinking that it happened more recently judging by the number of pre-decimal coins that are mentioned in proverbs, idioms, books, songs and nursery rhymes. You’ve probably heard of a farthing but do you know how much it was worth?

Depending on your age, Chapter 6 either takes you on a trip down Memory Lane or informs you of what coinage used to be like before Decimal Day. It not only explains the names and denominations of the coins but also tells you what they looked like and gives examples of how we still talk about them in everyday speech.

You have probably heard of a farthing but do you really know how much it was worth?

A separate chapter concentrates on how the transformation from pounds, shillings and pennies to a decimal currency was achieved and what preparations were made beforehand to make sure it went off without a hitch. Unfortunately, the plan to have 50-pence banknotes didn’t survive the switch-over.

Of course there have been a number of changes in coinage since decimalisation; we explain the changes in designs, shapes of coins, denominations and their composition since 1971.

This term given in the title of Chapter 8 was said by Mark Carney, the Governor of the Bank of England in 2016 when he was unveiling the new £5 polymer banknote. We concentrate on the idea of money as memory by considering all the famous Britons who have featured on our banknotes since 1970. Do you have any idea of how the Bank of England decide who’ll appear on our notes? We start by explaining the selection procedure before giving brief biographies of each person concentrating on what they offered to society.

Lessons to be learnt from our money

Our money isn’t something that we pay much attention to…unless it’s to complain that we don’t have enough of it! We take a closer look at the money in our purse or pocket. Not only the monarch’s head on the coins but also symbols which have been used in the past and ones that are still in use now. A number of lessons can be learnt from our coins and banknotes – from Latin to history.

The pound sterling outside England and Wales 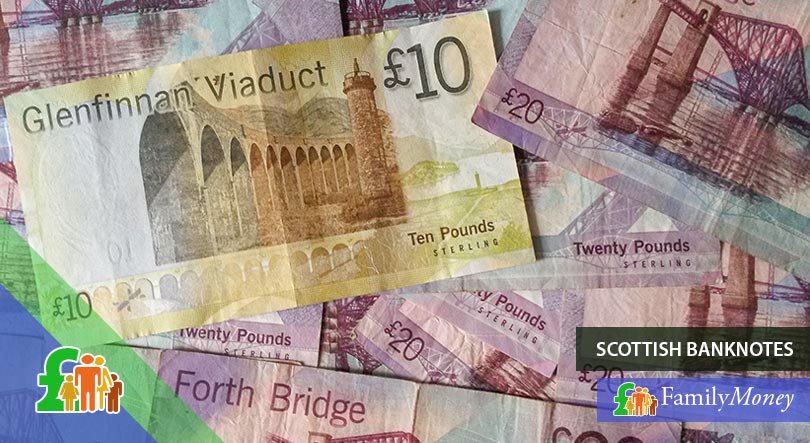 Although the Bank of England has a monopoly on issuing notes in England and Wales, you’ll probably know that other countries also issue banknotes. One chapter in this guide details the history of the pound in Scotland including how banknotes were used in a dirty tricks campaign by the Royal Bank of Scotland against the Bank of Scotland and what Sir Walter Scott did to save the Scottish pound note.

Every year there are reports in the media about how a shop assistant has refused to accept a Scottish banknote. As a result, we answer the question once and for all – are Scottish notes legal tender and if so, where?

A separate chapter talks about the use of the pound in Ireland and specifically Northern Ireland (after the South achieved independence). We also consider the Crown Dependencies (Guernsey, Jersey and the Isle of Man) and some of the British Overseas Territories (Gibraltar, the Falklands and Saint Helena). We briefly explain the history of currency in these places before concentrating on how their coinage differs from that in Great Britain. Is a square-shaped coin even possible? Read the chapter to find out.

The history of the British pound is a fascinating subject and this guide covers all aspects of its development as well as asking and answering questions about its future. The table of contents below can be used to find the information you’re interested in.

Chapter 1: An overview of the pound sterling – Past, present and future

Chapter 2: Early history of money in the UK – From bartering to the first £1 notes

Chapter 3: The later history of the pound sterling – From the gold standard to the Euro

Chapter 4: The minting, composition and characteristics of British coinage

Chapter 6: Pre-decimal coins – How much do you know about farthings, florins and groats?

Chapter 9: A wealth of meaning in your pocket – Lessons to be learnt from our money today

Chapter 10: The making of money – Coin-minting and the printing of banknotes

Chapter 11: The history of the Scottish Pound

Chapter 12: Countries of the sterling zone – The Pound in Northern Ireland, the Crown Dependencies and British Overseas Territories