Many people have life insurance policies to protect their loved ones when they die. Some may assume that it is a modern invention, but its roots go back thousands of years.

In this article about the origins of life insurance we shall take a look at:

The earliest record of something similar to what we call life insurance today, was discovered in ancient Roman society. A Roman Military leader named Caius Marius formed a burial club amongst his soldiers to pay for their funerals. The Romans held the belief that if a person was not buried in a certain manner then their soul would not find peace in the after life. The military and government of the time embraced these clubs as it was considered necessary for everyone to be buried in the correct manner, regardless of their social standing.

These ceremonies were expensive and elaborate and needed to be saved for in order to achieve. This is why these burial clubs became very popular. The beneficiary would contribute a monthly sum of money to a fund that was then used to bury deceased members. During the Middle Ages in Britain, the Trade Guilds provided a similar kind of cover for their members’ families to be able to cope with funeral costs.

When were the first British life insurance policies?

It was in June 1583 that the first life insurance policy was taken out in Britain by a man named Richard Martin. It was taken out against the life of a salter, (someone who salted meat and fish) who was called William Gybbons. Back in the early years of life insurance policies, there were no underwriters in the form of large insurance companies and policies were underwritten by individuals. They could also be taken out on complete strangers.

Taking out life insurance policies on total strangers was a form of gambling that was possible due to a legal loophole for over 200 years.

It was perfectly normal to take out life insurance policies on total strangers and many people took policies out on the lives of the rich and famous. There was hope that when the person died they could make a tidy sum of money. This was really a form of gambling that was able to be enjoyed due to a legal loophole for over 200 years. This was extremely popular during the late 1700’s and gentleman’s clubs widely practised this kind of gambling. One particular London gentleman’s club used to take a quarter of all its bets based on the death of a third party. In the same club, only 2.5% of bets were placed upon horse racing. 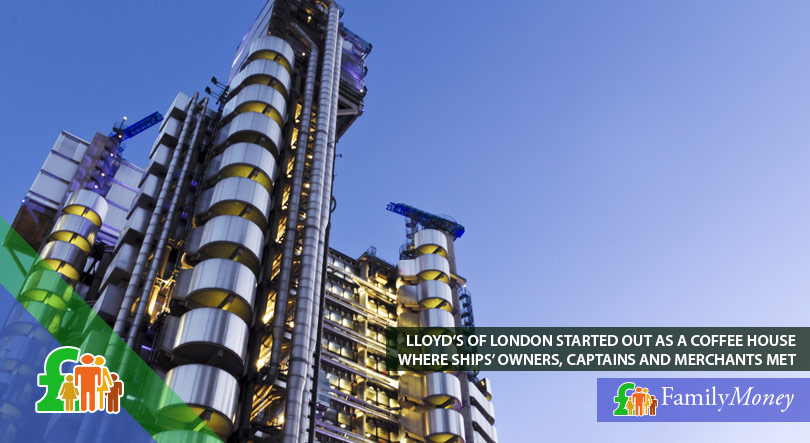 It was during this year in London that the first big insurance company was formed. Edward Lloyd’s coffee house was a small establishment on Tower Street where many ship’s captains, ship owners and rich merchants gathered. It was here that all the latest shipping news was discussed and it soon became famous for it. The first marine insurance policies were born and the first insurance company as we know it today was formed. In 1769 a group of professionals broke away and formed New Lloyd’s Coffee House which was to become Lloyd’s of London.

What was the first company to specialise in life insurance

The earliest life assurance company was formed by the Rev Dr Assheton on the 4th October 1699. It was called the Annuity Society and was in business for 46 years before it went bankrupt. It was also known as the Society of Assurance for Widows and Orphans which was followed by a second society soon after and then by the formation of the Amicable Society in 1706.

These early, small societies had a narrow age gap, usually between the age of 12 and 45 and the same yearly premium was paid by all, regardless of their age. One customer who had been turned down by the society because of his age named James Dodson, developed a system that assessed premiums on a formula based on age and life expectancy. This system led to the formation of the Society for Equitable Assurances on Lives and Survivorships in 1762. This society allowed all kinds of lives to be insured.

Does life insurance always pay out?

Life insurance benefits are normally paid when the insured individual passes away. The law allows for insurers to pay out within 30 days, which is the time that is allowed for insurers to take in order to review the claim. If the claim is approved, the amount is fully paid out. If the claim is not immediately approved, then additional information may be requested by the insurer.

Does life insurance payout if you don’t die?

Life insurance policies do not pay out if the insured party does not pass away while the policy is in effect. The premiums that have been paid into the policy are considered forfeit, and are used by the insurance companies to make payouts to insured individuals who pass away.

Can I cash out life insurance?

Depending on the specific terms of your life insurance policy, it may be possible to withdraw a limited amount of cash from your policy. This could be considered as a percentage of the premiums that you have paid into your policy, and it is typically non-taxable.

Betting on people’s lives was outlawed in 1774

Many people used these policies to make provisions for their loved ones after their deaths but many more used policies to protect their business interests with a partner or as speculation. Once this law was passed, people who took out policies had to prove a link to the person whose life was being insured. During the 19th century there were not many people who held these kind of policies. The majority of holders were wealthy land owners or from professional and commercial backgrounds.

The first group life assurance scheme to be set up in the UK was established by the Provident Clerk’s Mutual Benefit Association in 1846. This allowed employers to pay the premiums for life assurance for their employees as a work’s benefit. The Family Friendly Society introduced industrial policies in 1852, which provided workers with life cover for a monthly premium. This made life insurance accessible to all people. 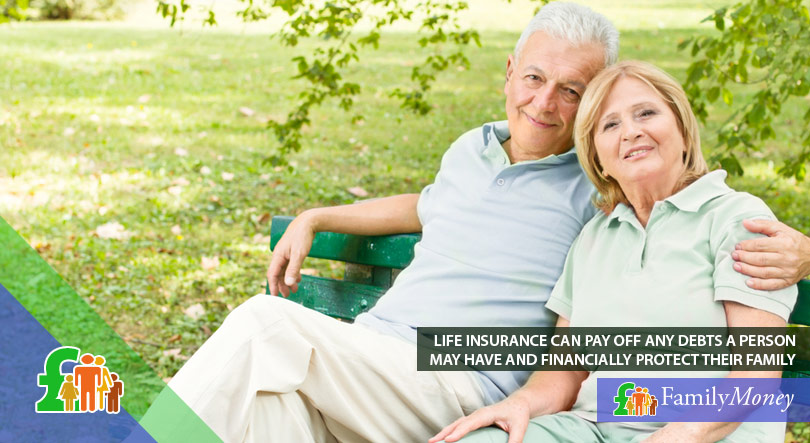 For some, life insurance gives them peace of mind

For the majority of people nowadays life insurance, or life assurance as it is also known, cover two main needs for the buyer. The first is designed to pay off any large debts that a person may have, such as a mortgage. The second kind is purchased as family protection and would involve an income, or a large sum of money to be left to their families. Before buying life insurance it is essential that the buyer seek independent financial advice from a third party, as the amount of different policies can be very confusing. If you are getting older, and looking for over 50s life insurance, click here to find out everything you need to know.

This is entirely dependent on the buyers individual needs. Policies are tailor made to fit individual’s specific needs, depending on many factors. There are new strict laws that protect consumers and their investment. Policies can either be for a fixed amount of money or may be investment linked to give you the chance of getting a bigger payout. The internet has changed the way that the insurance industry operates, with policies available and concluded at much faster rates than years gone by.

So what conclusions can we draw about life insurance

The industry has evolved from a superstitious beginning during Roman Times, through years of being used as a form of gambling, to the highly competitive, modern marketplace that we enjoy today. The main principles that created the industry years ago still remain the same in today’s fast paced insurance industry.