The High Street used to be the main focal centre and meeting place in all British towns, but its position and role has changed over the past decade. We look at this issue objectively with information about the present and future role of the High Street:

In only 10 years, the British High Street has undergone a total transformation so that it’s barely recognisable. Much has been written about how its future is doomed, but is this really the case? In this article, we use the statistics as a springboard to analyse what is really happening to our town centres and the reasons for the change. We then look at how the make up of a typical High Street in the UK has altered, and predictions for the future.

How has the typical British High Street changed?

Anyone visiting any UK High Street after an absence of a decade would immediately notice the disappearance of many of the retail giants which used to be key attractions for any visit there. From Woolworths in 2008 to BHS in 2016, many household names have gone into receivership or been taken over. In only the first 6 months of 2018, over 1,200 chain store branches closed down.

Apart from the disappearance of well-known department stores, other types of retailers also show signs of not weathering the change such as newsagents, travel agents and women’s clothing outlets like boutiques.

High Street units which offer financial services such as banks, building societies and post offices have gradually shut their doors too. Approximately 1,200 banks have closed down over the past 30 years and 1,500 British high streets have no bank branches at all while an average of 35 post offices close every year.

Why is the High Street under threat?

In research carried out by the RICS (Royal Institute of Chartered Surveyors), they highlighted some reasons for this transformation in the UK High Street.

The first is the continued draw of out-of-town shopping centres or retail parks which started to be built across the UK in the 1980s and 1990s. At a time when Britons are pressed for time, the convenience of shopping for everything under one roof is attractive. Parking is also easier to find there. Often people complain about parking restrictions in many High Streets, its unavailability and rising parking charges. The second threat to High Streets is the rise of e-commerce. Many Britons take advantage of the wider choice, affordability and convenience of shopping online. 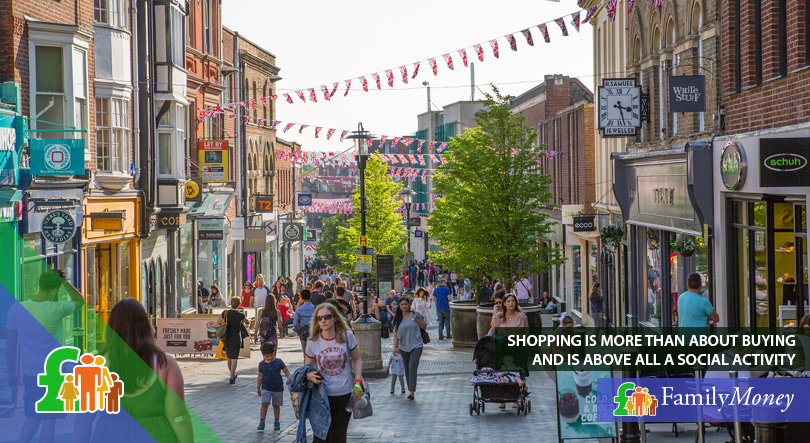 Many formerly permanent High Street fixtures have also become victims of the internet. For example, travel agents are no longer necessary when people can plan and book their trip online while mobile/online banking has reduced the need for in-branch visits. Similarly, the closure of Blockbusters in 2013 reflected Britons’ changing leisure habits with many now having access to fee-paying entertainment channels or using their broadband connections.

What stores and services are filling vacant High Street units?

The empty store fronts in Britain’s High Streets are being replaced by two main types of stores. One category is those relating to leisure such as coffee shops (both franchise and boutique) and fast food outlets. The other category to show a marked increase in their High Street presence is shops offering an experience-based service which can’t be purchased online such as barbers, hair and/or nail salons and tattoo parlours.

In Victorian times, many shopkeepers would live over their shop and so they were residential as well as retail areas.

Some UK towns, with the active cooperation and encouragement of their local authorities, have also made an effort to attract independent retailers. Despite worries that they would never be able to compete with the internet, many show signs of doing well. By selling a unique product line (often local), becoming part of the community by offering additional activities and because of their personalised customer service, they are able to retain customer loyalty.

What is the future of the British High Street?

According to research carried out by PwC on behalf of the Local Data Company, they predicted that between 2020-30 half of the existing shops on the High Street would close down because 40% of UK retail purchases would be done online by 2030. Are there any solutions to this image of a desolate High Street with fewer shops and devoid of people?

Many retailers need to rethink the way they sell their products, and customer service plays a key role in keeping a loyal clientele. The future of the High Street would have to be a combination of traditional customer-based service supported by digital technology. 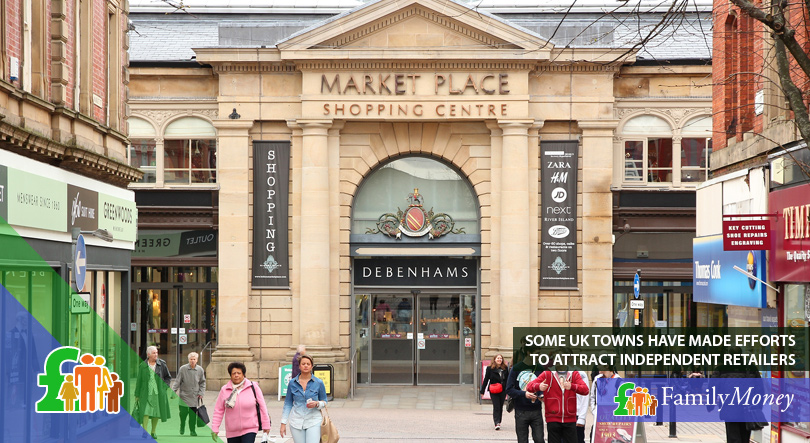 Shopping is more than about buying and is above all a social activity. It is wrong to think that customers only enter a ‘bricks and mortar’ store to physically handle the object only to go back home and order it online. The Kellogg Shopper Index revealed that 40% of shoppers went into a store to purchase something but felt compelled to leave because of poor customer service.

The High Street as a centre for leisure

Another way that the British High Street could change is by concentrating on leisure-related activities. Tea rooms, wine bars, bistros and coffee shops are all ways that High Streets can switch from being heavily dependent on retail to offering a range of daytime and evening activities. It would make the town centre a bustling vibrant attraction especially if local authority initiatives encourage the gentrification of older buildings which had been made ugly for too many years by the addition of plastic shop fittings, signs and plain glass windows.

It’s a mistake to think that British High Streets have always been devoted to retailers. In Victorian times, many shopkeepers would live over their shop and so they were both residential and retail areas. Perhaps it’s time to return them to their original state. Although it would require re-zoning by local authorities, it would fill the empty units and help reduce the UK’s housing crisis.

Rather than writing off the High Street as a lost cause, it would perhaps be more accurate to say that they are in a state of transformation. If they can’t compete with the internet or out-of-town shopping centres, they should be rethinking their role and the services they offer. It would be a mistake to assume that they are already doomed.