Between April and May 2018, two thinktanks released the results of their ongoing research into problems facing the young and/or disadvantaged. The studies by the IPPR (Institute for Public Policy Research) and the Resolution Foundation independently reached the same conclusion; that a Citizens’ Inheritance of £10,000 was necessary to redress perceived imbalances in UK society.

In this article, we analyse the two reports, and you’ll be able to read about:

In this article, we compare and contrast the two reports, considering such factors as the funding of a Citizens’ Inheritance programme, why it is necessary, and what it would be used for. We then consider the likelihood of such a fund being adopted by the government, and any criticisms the idea has received.

How to fund a Citizens’ Inheritance programme

Both the IPPR and the Resolution Foundation emphasise that the key to funding a Citizens’ Inheritance programme is to completely overhaul the UK’s Inheritance Tax system. The IPPR propose that it should be replaced by a gift tax while the Resolution Foundation believe that a Life-time Receipts Tax would ensure that more beneficiaries are eligible to pay on inherited assets but at a lower rate. They say this will be sufficient to bankroll the programme.

Both the IPPR and the Resolution Foundation emphasise that the key to funding a Citizens’ Inheritance programme is to completely overhaul the UK’s Inheritance Tax system.

The IPPR have calculated that this tax reform, accompanied by capital transfers and the sale of state assets like the state’s share of the Royal Bank of Scotland, would result in raising £186 billion by 2029/30.

Who would receive the Citizens’ Inheritance?

Both thinktanks believe that recipients of the Citizens’ Inheritance should be UK-born citizens who have reached the age of 25. Both reports also stipulate that the inheritance should be used wisely to invest in their future. They recommend that it should be only spent on housing, education, business opportunities or a pension.

Why is a Citizens’ Inheritance programme necessary?

Although both thinktanks wish to redress imbalances in UK society, one of the main differences between the two is the reasoning behind the Citizens’ Inheritance. 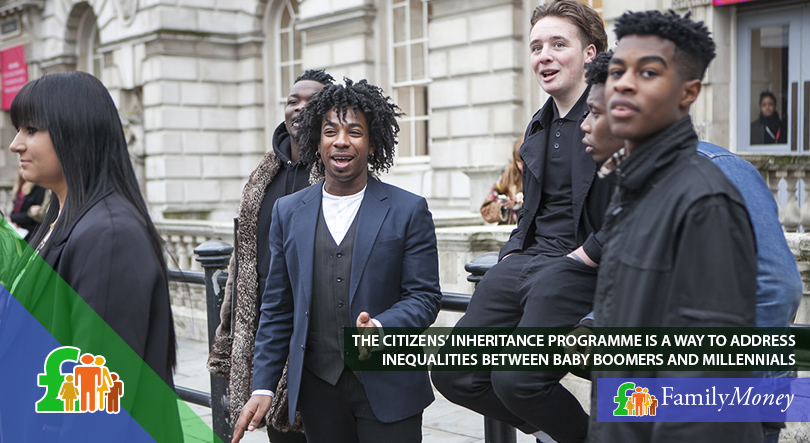 The IPPR’s Commission on Economic Justice recommend this programme because of the exclusion of some disadvantaged classes from the economic prosperity enjoyed by the country. They point out that the wealthiest tenth of UK citizens possess 44% of its wealth whilst the less affluent half barely hold 9% of its assets. Their proposed Citizens’ Inheritance is a way to redress the balance, and allow the disadvantaged to own a share of the nation’s wealth.

The Resolution Foundation, however, advocates the Citizens’ Inheritance programme as a way to address economic inequalities between baby boomers (born 1946-65) and millennials (born 1981-2000). Although traditionally younger generations have been expected to support retirees when they stop earning, the Foundation say this intergenerational contract has broken down. Millennials are half as likely to own property by the age of 30 compared to baby boomers. Also, their average disposable income is now no higher than the generation before despite the UK economy growing 14% in the last 15 years.

They believe that this fund is a way to help millennials and to stop their resentment of baby boomers who have achieved their goals in education, careers and the purchase of both property and pensions much more easily.

What criticisms have the proposed Citizens’ Inheritance programmes received?

Although £10,000 might seem a sizeable lump sum, would it really be enough to allow people to realise their ambitions? At the moment, it isn’t enough to pay the deposit on most first-time home purchases. Even if it were enough, there’s still the issue of young people passing an affordability check and being granted a mortgage. 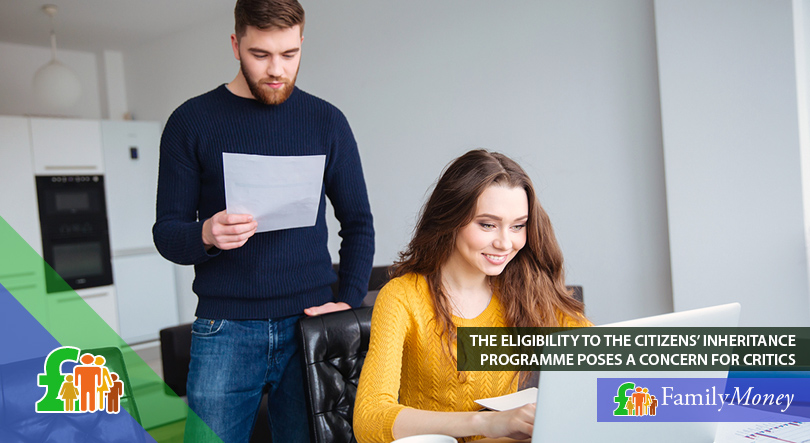 Another problem is that by the time the programme came into effect, this money wouldn’t have the same purchasing power especially if housing prices continue to rise. A final concern is that the provision of money to millennials might cause a ‘housing bubble’, and prices would rocket accordingly, wiping out all their gains.

Eligibility to the Citizens’ Inheritance programmes

Another criticism that people have made about this programme is the eligibility criteria. Would all 25-year-olds receive the payment, or would it be means-tested? Age is another factor. Would it be fair to pay all young people £10,000 irrespective of their income whilst middle-aged employees on the National Minimum Wage would be entitled to nothing?

Using the fund for educational purposes

Although using this fund to aid career prospects by investing in education seems like a worthwhile goal, some critics have questioned the necessity. With the Student Loans Company offering funding for degree courses, why give young people another £10,000? Would the SLC appropriate the funds to pay off outstanding student debts?

Conclusion – Will a Citizens’ Inheritance fund be adopted?

It’s extremely doubtful whether either of the two proposed programmes for a citizens’ fund will be adopted by the government, especially as there are still unresolved issues about how it will be administered and reservations about eligibility.

Theoretically, both proposals sound like fair with the best possible intentions, but throwing money at a problem isn’t always the best solution. The underlying causes of the broken housing market or the working conditions of millennials in insecure employment can’t be dealt with just by giving out hand-outs. It requires an examination of how to provide affordable housing, and how to draw up legislation to ensure workers’ rights in a gig economy.