Low wage growth combined with higher living costs are making it more and more difficult for many Britons to get by every month. Imagine then how much tougher it must be when they don’t receive the salary that they’ve worked for. We look at this problem in more detail with information about:

In this article, we look at the issue of unpaid workers. We explain the extent of the problem in the UK, give reasons why it is so widespread and explain your rights if your boss doesn’t pay you. What are the courses of action open to you? Finally, we look at what changes can be made to employment law to reduce the problem.

How many employees are unpaid in the UK?

It’s very difficult to estimate the number of underpaid or unpaid employees in the UK because this problem is often under-reported.

At least 2 million employees are missing out on an £3 billion a year in unpaid wages or holiday leave.

In a 2-year study carried out by Middlesex University on behalf of the organisation ‘Unpaid Britain’ in November 2017, they discovered that at least 2 million employees are missing out on an unbelievable £3 billion a year in unpaid wages and/or holiday leave.

Why are employers not paying their workers?

When we talk about the issue of unpaid workers, we don’t mean the odd occasion when a boss doesn’t meet the pay-roll. What we’re talking about is a consistent failure to pay employees, often leading to months of wage arrears.

For some employers this is a deliberate policy. Employment specialists have names for some of the tactics they use. For example, ‘labour hoarding’ refers to when bosses deliberately keep their workers in arrears to prevent them from leaving. Other commonly-used tactics are ‘knocking’ (disappearing when payday is due) or ‘phoenixing’ (dissolving the company when owing salaries and starting up another company immediately under a new name). 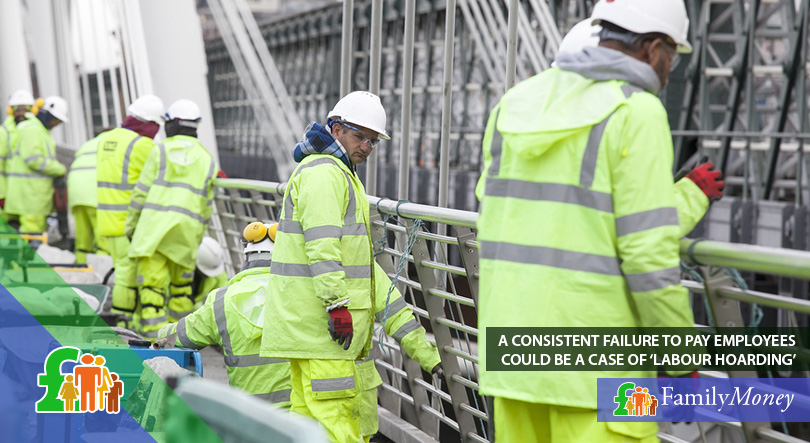 For more reputable employers, a failure to pay salaries is often the first sign that a company is struggling financially. In this case, employees are probably the first to realise that the company isn’t doing very well.

What are your first steps if you’re unpaid?

If your salary doesn’t go into your bank account when you expect it, the first thing you should do is to talk to your employer or the HR department. There might be a simple explanation for the delay – perhaps a technological glitch.

If this informal approach doesn’t work, you should ask around your colleagues to see if they have the same problem. If you’re a member of a union, you could ask your union representative to intervene on your behalf. Sometimes a collective approach has better results.

At this point, it’s crucial that you get your grievance down on paper. This will be necessary if you later wish to take the matter further through official channels. You must be able to prove that you did everything in your power to get your back-dated wages. You should therefore write an email or letter explaining exactly how much you’re owed, the dates of the missed payments and requesting that you be paid.

Should you take the matter further?

If your employer won’t – or can’t – pay your back-dated wages, you now have to decide on your next step. You have the choice to pursue the matter further involving outside agencies, but you must understand the repercussions. If your employer hasn’t paid you, then they’re breaking the terms of your employment contract. As well as suing them for breach of contract, there’s a case for ‘constructive dismissal’ (if you resign) or ‘unlawful deduction of wages’.

Before you proceed, think about the effects of a legal challenge. Do you want to resign? Or, do you think you’ll be able to go on working for your employer? What will the atmosphere at work be like? Of course, you have the right to take the matter further, but you should think about the course of your career and whether you should start looking around for another job position. At this stage, it might be helpful to talk to an outside party like Citizens Advice or research online so you know all your options.

The role of Acas before going to an Employment Tribunal

Since May 2014, workers can no longer bring a case before an Employment Tribunal directly. Instead, they must contact Acas (Advisory, Conciliation & Arbitration Service). This agency will contact your employer on your behalf to try to reach a settlement. According to their statistics, 94% of workers receive the full sum of money they’re owed when they use their early conciliation service. 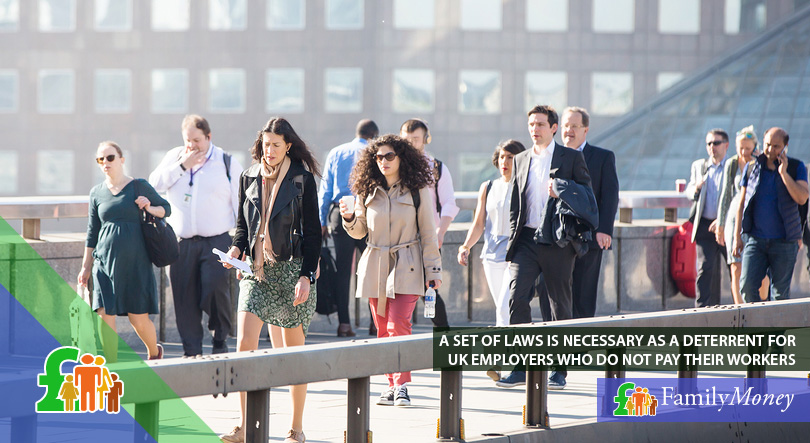 If your case fails, you’ll receive an early conciliation certificate from Acas which will enable you to pursue the matter through a Tribunal. The deadline to apply to a Tribunal is 3 months (minus one day) from the time you first drew your employer’s attention to your unpaid wages. Since 2017, claims to such tribunals are completely free of charge. If your claim is upheld and you still don’t receive payment, employment tribunals operate a Penalty Enforcement Scheme which obliges employers to pay up.

When can you use the County Court?

If you miss the deadline to bring a case before an employment tribunal, you could pursue your matter as a small claims in the County Court. You can do this for up to 6 years after the period when you were unpaid. You would have to pay court fees of £25, and might need to use professional legal advice for the case.

What are the basic employment rights for a worker?

In the UK, basic employee rights are in effect. Namely, there are three basic rights that workers have and must be aware of. These are the right to know, the right to participate, and the right to refuse unsafe work. There are many more rights that are specific to certain types of work.

What are statutory rights?

What is unfair treatment at work?

Unfair treatment can be used to characterise a variety of situations at the workplace. It could potentially involve the work of a staff member being undermined with no basis. There could be preferential treatment by management, which could in turn make the work life of certain staff more difficult on a day-to-day basis.

What are employees’ rights in cases of administration or bankruptcy?

Employers’ rights are slightly different if their employer goes into receivership. In this situation, the administrator will take over your rights, and your employment contract will be transferred automatically to the new owners.

In cases of insolvency, you will become a ‘preferential creditor’ for sums up to a certain limit, and for the 4-month period before the bankruptcy was declared. This means that you’ll be paid before other creditors. If there isn’t enough money to pay you after the bankruptcy proceedings, you might receive money from the NIF (National Insurance Fund). Payments from this fund are capped at a certain amount, so you might find you don’t receive all the money owed to you.

Unpaid workers continue to be a huge problem in the UK. However, workers have rights, and a number of avenues are open to you so you can receive your hard-earned cash.

The real issue, which the government urgently needs to tackle, is a set of laws to act as a deterrent for employers who repeatedly don’t pay their workers. At the moment the penalties are so weak that a small minority can break the law with impunity. They know that many workers are so reluctant to take official action that the money they save on non-payment of wages is more than enough to pay court costs and/or fines. Persistent offenders must be treated harshly so they – and others – don’t do it again.