More UK residents than ever before are going hungry every day and are being forced to rely on food donated by food banks in order to survive. In this article we shall take a closer look at the types of people who are becoming reliant on food banks and what the government could and should be doing to help them.

In this article we shall examine:

What exactly is a food bank?

The Trussel Trust is the main provider of provisions to food banks in the UK. This charitable organisation works as a partner with churches and communities in order to hand out food parcels to the needy. Food that is in date and non-perishable is donated by the general public at special collection points. These can be in supermarkets, churches, businesses and schools. People can donate their offerings which are then collected and packed into boxes by over 40,000 volunteers nationwide.

There are over 2,000 food banks operating in Great Britain and the numbers are rising daily as many people are finding it increasingly difficult to pay bills and feed themselves.

These boxes contain 3 days worth of nutritional food that can often make a huge difference to the recipients. There are over 2,000 food banks operating in Great Britain and the numbers are rising daily as many people are finding it increasingly difficult to pay bills and feed themselves. Vouchers that are exchanged for a food parcel are handed out by doctors, health visitors, social workers and schools. People that work in the care industry are those who can identify people in genuine need and supply them with a life line.

The Trussell Trust’s “More than Food” program has been generously supported by a number of organisations including, The Big Lottery Fund, Money Saving Expert’s Martin Lewis, Comic Relief, Unilever and the innocent foundation. Food banks offer a warm drink and a sympathetic ear to people who visit. They can help them to seek aid from other charities and agencies to solve the underling issues that have led to them being there. 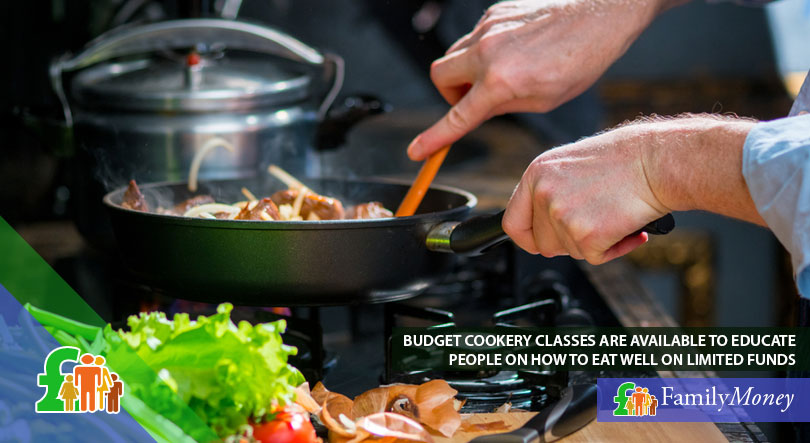 Money management charities are partnering with food banks to help and advise the needy on debt management and other financial worries. Budget cookery classes are available to educate people on how to eat well on limited funds. Holiday clubs provide free food and entertainment for deprived children when they are on school holidays. By working with npower, people that have prepayment meters and do not have money for energy can receive a fuel bank voucher. Support is also offered with grants, job skills, welfare and housing.

What kind of people are using food banks?

A new study, that was carried out by researchers from Oxford University and King’s College, has taken a look at the kind of people who are using The Trussell Trust’s food banks. It’s aim was to try and get beyond the stereo type user and see who these needy people really are. They found that there was a wide variety of different groups of people that used food banks who were destitute in various ways.

These people were described as living in “extreme financial vulnerability”, at the lowest end of the income spectrum, surviving on an average income of below 320 pounds a month. Many had not had food to eat for days on end and were surviving without heating or electricity. One in five reported to have slept on the streets in recent months. Most of them were living in rented housing and were of working age. The research found that they tended to be middle aged as opposed to young or old. Five out of six declared that they were unemployed and reliant on benefits.

These are the types of people reliant on food banks in percentages:

The research showed that 87% of food bank users were British born. The percentage of those born outside the UK was 13% and 3.7% of those were asylum seekers.

Two thirds of people reliant on food banks are made up of single mothers with children, single men and single women. The study showed that people who were friendless and isolated and not just poor were more likely to be users. A substantial percentage of users suffered from ill health, two thirds of users have a health problem, a third of these were mental health related. Over half of the households that used food banks had a disabled family member. Many had serious debt problems with high repayments that made it impossible for them to manage. These include months worth of bills and loan repayments to banks, loan sharks, payday loan companies and pawn shops.

Of those who were working and using food banks, many people are in low paid employment that is often insecure and unpredictable meaning that they didn’t have a dependable income. Salaries have been frozen for a long period of time, while everything becomes more expensive, meaning that even those who are employed full time are finding it harder to survive without assistance. The research showed that it was more unusual to see people in full time employment at the food banks.

Most food bank users are claiming benefits. It is this group of people who have been hit the hardest due to welfare reform. The recent reforms have seen many lose disability entitlements, reductions in tax credits and a cap on benefits. For others, a shock bill or an unforeseen expenditure can put them on the way to the food bank. A rise in rent, or a larger than normal bill or a delay in receiving benefit payments are all reasons for people to turn for help. 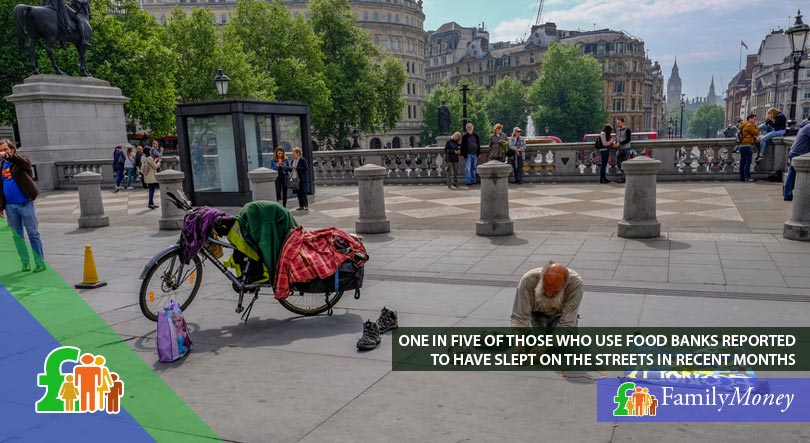 Food banks shouldn’t be the solution to food poverty

There has been a massive increase in the use of food banks over the last ten years providing emergency food aid for people in need. At the start of the 2000s, there was one food bank in the UK, whist today there are hundreds, with new ones opening daily. The problem with charities providing food for the hungry is that pressure is taken away from the government to tackle the issues that are causing this increase of their use. The latest research has shown that the main users of those that rely on food banks are people who have low incomes.

Another disadvantage to people who are more consistently relying on food banks is that the food provided is not always good enough to provide a healthy and nutritional diet. It is made up from non perishable items in the form of donations from the public and surplus from supermarkets and food manufactures. A number of food banks decided to shut their doors when they came to the realisation that they alone could not tackle the food crisis and that the government was not coming to their aid.

The reasons for the increased use need to be addressed

The Trussell Trust reports that as many as 44% of their users are on benefits and are using food banks when payments are changed or delayed. Others have had punitive sanctions imposed by the Department for Work and Pensions (DWP) consisting of suspension. or a reduction of their payments, which quite often leaves the person without sufficient funds to feed themselves. The introduction of Universal Credit has led to 6 week delays for people who are changing over to this new system.

What is Universal Credit?

Universal Credit is a new type of benefit that is being offered to people who were claiming the jobseekers allowance. People who claim jobseekers allowance, income support, Employment and Support Allowance, Working and Child Tax Credits or housing benefit will see all of these benefits replaced by a single payment called Universal Credit. The first recipients of this new benefit are to be single people making new claims.

The benefit is to be paid every month and housing benefit, that was paid directly to landlords, will be paid directly to the claimant. A “Claimant Commitment “ agreement must be signed before any benefits are agreed. There are certain sanctions for those who do not comply with the agreement. One of these is regarding employment, job refusals can lead to benefits being reduced, or 3 refusals of job offers can lead to the Universal Credit being stopped for up to 3 years.

The Trussell Trust reports that benefit delays are accounting for 27.4% of visits to food banks and changes in benefits for 16.6%. These are alarming figures that show that the new changes that are being implemented by the government are directly responsible for almost half of food bank dependency. The charity has asked for special hotlines between food banks and job centres to help people in crisis receive help more quickly. David McAuley, chief executive of the Trussell Trust, said, “To stop UK hunger we must make sure the welfare system works fairly and compassionately, stopping people getting to a point where they have no money to eat.” 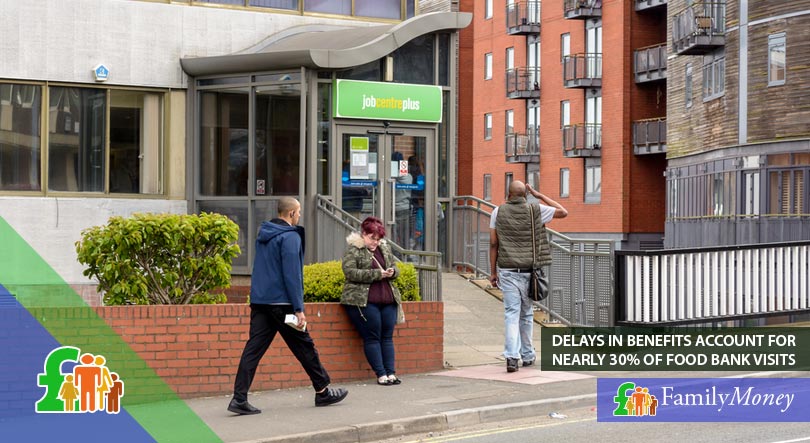 The Department for Work and Pensions have agreed to reassess Work Capability Assessments and disability benefits and are speaking directly with charities to find out what improvements can be made. A direct phone line would greatly benefit Trust volunteers who spend hours on hold on DWP phone lines. It would allow them to deal with situations quicker, reducing stress and mental health issues that are caused by benefit delays.

Coventry food bank are working with the Citizens Advice Bureau

Independent welfare advisors are helping people at food banks to tackle financial issues and for more complicated cases, are able to Skype senior case workers at Citizens Advice. Of the people who received this kind of help, 79% did not return to the food bank. By restructuring debts, claiming benefits that they were unaware of and overturning sanctions, the food bank managed to recoup 700,000 pounds for needy food bank users.

Charities need to inform the government of the true situation and of the changes that are needed, so that they can act.

Labour MP Frank Field is the chairman of the charity “Feeding Britain”, which he established to implement proposals to stop people going hungry in the UK. Frank Field said that, “Feeding Britain is winning some significant gains for the poor”. The charity has been responsible for helping to gain fairer energy prices, school holiday meals and a faster way of processing tax credit changes. He also said that it must be a priority for the government to sort out benefit delays and try to get money to the people as quickly as possible.

So what conclusions can we draw from the increasing use of food banks?

It seems that unless more is done by the government to help these desperate people, the hunger crisis in Britain looks set to continue. The Labour Party has promised to do a lot more for the poor in Britain if they are elected and continuously attack the Conservative government. The parties need to stop fighting and find ways to stop this growing problem from worsening. By listening to the Trust’s reports perhaps some solutions that will get to the root of the problem can be put in place.