The European Commission has fined Google a whopping 2.1 billion pound fine for abuse of power, accusing the company of promoting its own shopping comparison service at the top of web searches. In this article we shall take a look at the need for comparison sites to be fair across all industries and how customers are being denied access to information and the right to choose.

In this article we shall be looking at:

Google is the most popular search engine in the world

The European Commission has found search engine giant Google guilty of violating anti-trust laws after an investigation that was carried out over seven years. The record breaking 2.1 billion pound fine, is the largest fine that the EU Commission has ever levied. This fine works out to be just 3% of Google’s turnover for 2016. The complaints that prompted the Commission to investigate Google were from rival companies in the US, Great Britain and other parts of the world.

What did the commission find?

The EU commission found that Google systematically favoured its own shopping service and demoted rival sites on its search results. European Competition Commissioner Margrethe Vestanger said in a statement that Google had denied other companies the chance to compete on their merits and to innovate. She went on to say, “Most importantly, it denied European consumers a genuine choice of services and the full benefits of innovation.”

The EU commission found that Google systematically favoured its own shopping service and demoted rival sites on its search results.

Google disagrees and is considering appealing against the ruling. In a statement, Kent Walker, Google’s general council said, “When you use Google to search for products, we try to give you what you’re looking for. Our ability to do that well isn’t favouring ourselves, or any particular site or seller – it’s the result of hard work and constant innovation, based on our user feedback.”

Within the 31 countries that make up the EU’s economic area, Google has held a 90% market share since 2008. Vestanger accused Google of “abusing their strong market position.”

What are the consequences for Google?

The Commission has given Google a time frame of 90 days to comply with the ruling or it will have to face additional daily fines. These penalty fines would work out to be the equivalent of 5% of the company’s daily turnover. Based on the turnover figures for 2016, these fines could amount to 10.5 million euros a day. The Commission has not ordered Google to make specific changes to the shopping service and is allowing Google to find its own remedy and make the appropriate alterations.

Google may appeal this judgement

Google has the right to appeal against the Commission’s ruling in the European Courts, although it is not yet known what route they will choose to take. Another American company, Intel has waited seven years for a final judgement regarding the appeal against a 1.06 billion fine that was imposed on them back in 2009. This fine was previously the highest awarded by the Commission for breaking anti-trust laws.

There are other EU investigations into Google

The European Commission is currently investigating Google in two different cases. The first involves its Android mobile operating system and the second is the company’s “AdSense for Search” platform. In these two cases Google is accused of prioritising its web and apps services and the other is regarding Google restricting search ads from their rivals.

What does this really mean?

What this means, for anyone who is shopping for a product on line, is that when an item is searched for, Google shopping will display relevant items, along with images and the names of the shops that stock these items. These search results are marked sponsored, meaning that the suppliers have paid Google to put their items at the top of the list of search results. 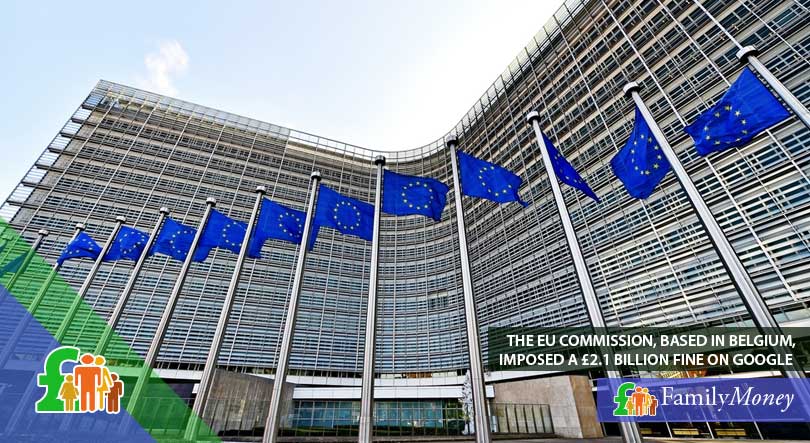 When you are using a smartphone, these sponsored links dominate the “above the fold” content which means that the user will not see any normal links unless they scroll down quite a bit. These ads are highly visual and are more effective than a plain text result.

Google insist that their intent was to connect users and advertisers, in a fast and easy manner, that was useful to both. They respectfully disagree with the Commission’s findings and are considering an appeal.

The payday loan industry has new regulations to protect customers

The once thriving payday loan industry has seen profits fall in the last few years due to regulations that have been imposed by the Financial Conduct Authority, (FCA). In April 2014, the FCA took over regulating the industry from The Office Of Fair Treading. During that year over 29,000 payday loan related complaints were lodged at The Citizens Advice Bureau. A tough stance was implemented after complaints by politicians over the high interest rates that were being charged.

Many of the biggest lenders were fined large amounts of money which was partly paid to the regulators and partly to customers who should not have been lent to.

Many of the biggest lenders were fined large amounts of money, that was partly paid to the regulators and partly to customers who should not have been lent to. In January 2015, a price cap on high interest rates was introduced to a maximum of 0.8% per day, ensuring that lenders would never have to repay double the amount that was borrowed. Roll over loans were forbidden and a maximum default charge of 15 pounds was introduced.

Many payday loan companies went out of business

The FCA insisted that all payday loan companies had to apply for permission to operate and that it would be granted if the company, staff and products met their standards. Although the big lenders are still operating, many smaller companies have quit the industry due to them not passing the standards, or finding that the industry isn’t profitable enough any more.

Yet more regulations have been recently introduced in the UK to keep the payday loan industry in check. The new rules have been brought into place after an investigation by The Competition and Marketing Authority. These new regulations will force payday loan companies to prominently display a link to a price comparison website where their payday loan can be compared to another company’s. This will allow users to compare different prices and options before applying for a loan. 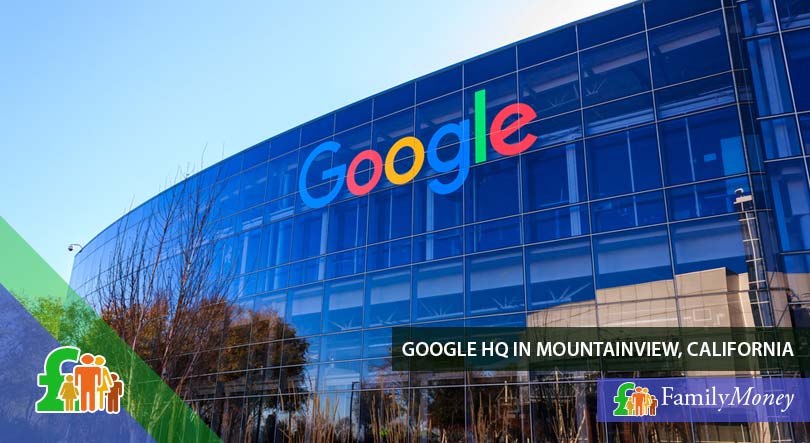 In May 2016, Google put more pressure on the industry by banning all paid adverts on their search engine for payday loans and similar products. Included in this ban by Google are loans that have a higher APR than 36% and loan terms less than 60 days. Guarantor loan products and logbook loans are also included in the ban. Hundreds of payday loan lenders that use Google to generate leads in order to sell their products will be affected by this decision. They will now be forced to use Google’s organic search listings and have to battle with hundreds of other lenders for the limited positions available.

Why is it important for comparison websites to be fair?

The consumers’ association Which? Has recently suggested that comparison websites should be regulated because not all of the information that they provided was fair. This could cause consumers to spend more money and miss out on the best deals. Customers check price comparison websites for everything from hotel rooms, energy providers, insurance policies and payday loans. These sites claim to offer the best deals for the consumer by finding the cheapest option available. Comparison sites should provide all of the relevant information to the user, so that they can make an informed choice and select the best product for them.

Payday loan comparison sites have been accused of being unfair

Payday loan comparison websites also take revenue from payday loan lenders in order to promote their products. For a small fee, your loan deal can be promoted in a very favourable way, enticing leads that could result in business for the lender. Comparison sites work on the basis that if somebody clicks onto a link from their site then they will receive a sum of money. This is how they earn their profits. Some people are not aware that the site is getting paid to promote a lender. On the other hand, Google ads are clearly identified as sponsored links so the customer can see that it is a promotion. 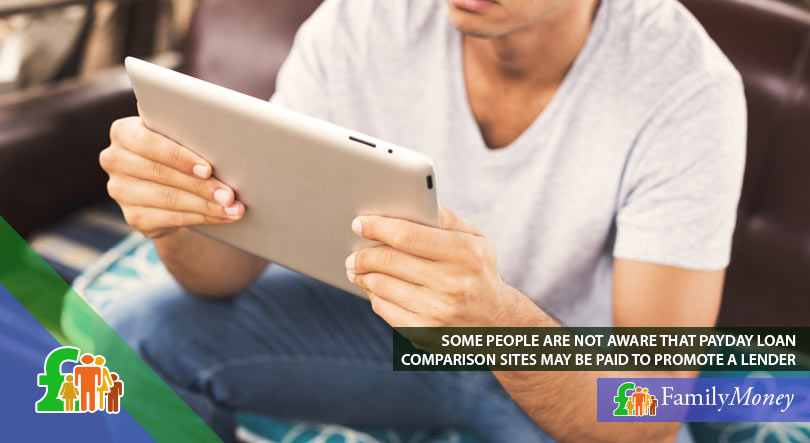 How do these sites cheat the user?

You can understand the comparison sites receiving a fee from the lender for any genuine leads that generate business. They are a business after all, and need to generate revenue, but some sites charge lenders just for appearing on their site. It seems that they are pushing the top paying customers to the top of their lists as opposed to providing the person searching for the lowest prices with the correct information.

People searching for information have the right to be able to choose from all the products available on the market and not just those that have promoted themselves by paying money. If comparison websites differ so greatly in the top results that they are showing, then it is clearly obvious that they are not doing what they are supposed to do which is to provide the user with the best deals. If they were doing what they propose to do, then shouldn’t all of their search results be promoting the same top 5 lenders with the most value for money?

Shop around for payday loans

The internet can make our lives easier in many ways by helping us gain access to information in a fast manner. Regarding payday loans, it seems that you would be well advised to check comparison websites to perhaps learn about some lenders that you have not heard of, but you also need to search directly with lenders themselves and do your own comparisons in order to get the best possible deal.