According to recently released figures, more disadvantaged students than ever before are dropping out of university in their first year. The dropout rates for students from privileged families are significantly lower. In this article we shall take a look at the reasons for these worrying statistics and ways in which underprivileged families can help their children succeed.

In this article about the effect your financial situation can have on your children, we shall examine:

What do the latest University dropout figures show?

In the recent report, published by the Office for Fair Access, their data shows that more students from disadvantaged families than ever before are dropping out of University before completing their studies. The proportion of students that are not continuing their courses after the first year is at a five year high. The figures show that in the years 2014 – 2015, the amount of students in full time education from disadvantaged families, who did not continue their studies, rose to 8.8%. This alarming figure is up from the statistics from the year before that showed a 8.2 dropout rate.

The proportion of students that are not continuing their courses after the first year is at a five year high.

The gap between the non-continuation rates of students from wealthier families has widened during the past year. Figures show that the dropout rate for students from privileged homes was under 5%. There are more students from disadvantaged backgrounds attending British universities than ever before. The fact that they are dropping out has led to many questions being asked about the reasons for this trend.

There are more alarming figures regarding disadvantaged students 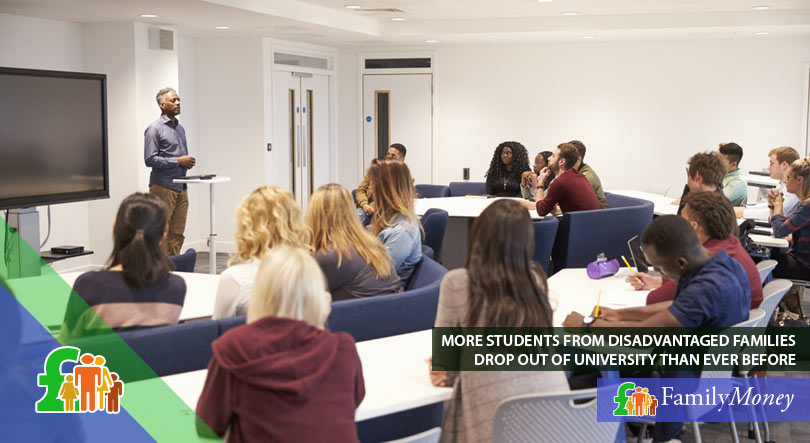 The Office for Fair Access is an independent public body that regulates fair access to higher education in England. Their aim is to provide the opportunity for anyone to benefit from a higher education in the institution that is best suited to them, no matter what their background or financial circumstances are. Institutions that wish to charge high tuition fees are obliged to sign an access agreement with Offa and keep to the commitments that have been made.

The aims of Offa are to remove barriers to entry for under-represented groups in universities, support students to continue to study and to help them find jobs or move to higher education. Institutions can be fined by Offa if they do not keep the commitments that they have made. They keep fair access in the public eye and make policymakers understand that fair access is a very important issue. They also share knowledge between universities on how to improve fair access in their institutions.

What are Universities doing to help underprivileged students?

The recent figures also show, that universities as a whole, have upped their spending on widening access during the past year to 883.5 million pounds, compared to 842.1 million during the previous year. In an attempt to help students decide which university would better suit their needs, institutions are now required to publish application, dropout and attainment data which has to be broken down by gender, socio-economic background and ethnicity. Universities will be held accountable for the success of their wider access programs.

Over the last five years, funding has been doubled for scholarships, fee waivers, outreach activities and bursaries that have been aimed to help disadvantaged students. Many universities have also lowered exam entrance levels for under privileged entrants, as children from depraved areas do not always have the high examination results required for entry.

So why are students dropping out?

Studies show that students from less wealthy backgrounds have more trouble socialising and integrating with their wealthier peers. This can be a reason that makes many of them decide to drop out of university. By not feeling integrated, it is easier for students to wish to leave and get back into a more comfortable zone. Drop out students have cited that feelings of isolation and worry about achieving good results were reasons that had caused them to leave. 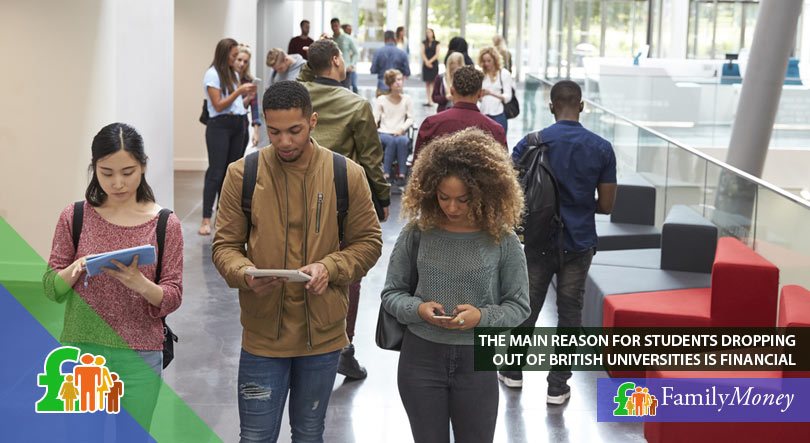 Other reasons for leaving higher education included health reasons, academic worries, personal problems, family issues and the main reason, which was financial. Many students did not have any financial support apart from their student loans. Children from low income households can apply for a 3000 pound cash bursary, a helping hand that was introduced recently to replace the state maintenance grant that was previously available. The sad fact is that students who drop out from their studies, leave with no greater prospects and student debts that can range from 9,000 to 20.000 pounds.

What is “resilience” and why should we be teaching our children this?

Resilience is defined as the ability to recover from misfortune and adjust easily to change. This approach to mental health has been used in US campuses for years and is slowly moving into UK universities. The focus that teachers put on students passing exams is being combined with resilience training that involves helping students to take on challenges, persevere through set backs and set and achieve goals. More importantly, it encourages them to take risks and overcome failure that could be met in the attempt to reach those goals. According to studies, resilience has a positive effect on the academic results of undergraduates. It has been shown to greatly improve their social and emotional well being.

So how can parents help their children to grow into successful adults?

The best known tool that can break the poverty cycle is a good education. By encouraging your children to obtain higher qualifications, they will be able to get into the high paying job realm and improve their living standards greatly. For some families, the prospect of another wage coming in to the household is too tempting and they do not encourage their children to pursue further studies. Although this will bring immediate financial gain, the long term investment in education will bring much greater financial gains in the future.

Children live up to expectations

Children who come from parents that have high expectations for them generally try and live up to these, no matter what their financial backgrounds are. A child from a low income family will have less opportunities for self growth in the form of extra curricular activities that are quite often costly. Local communities have summer schools for children to learn new and exciting things that can be a part of widening their education. Underprivileged children who have a mentor whether it be a parent, teacher of family friend, have shown to gain better results in life as the need to please is a human trait that we all wish to live up to.

Money habits are formed at an early age

The Money Advice Service (a government backed service) claims, based on research from Cambridge University, that a child’s good or bad money habits are formed by the tender age of seven. The study suggests that the majority of youngsters have grasped the main principles of how money works and that they have established core behaviours that they will carry with them into adulthood. This behaviour will affect their financial decisions for the rest of their lives. This study illustrates how the behaviour of parents can influence young children both consciously and subconsciously and affect the decisions that they will make for the rest of their lives. 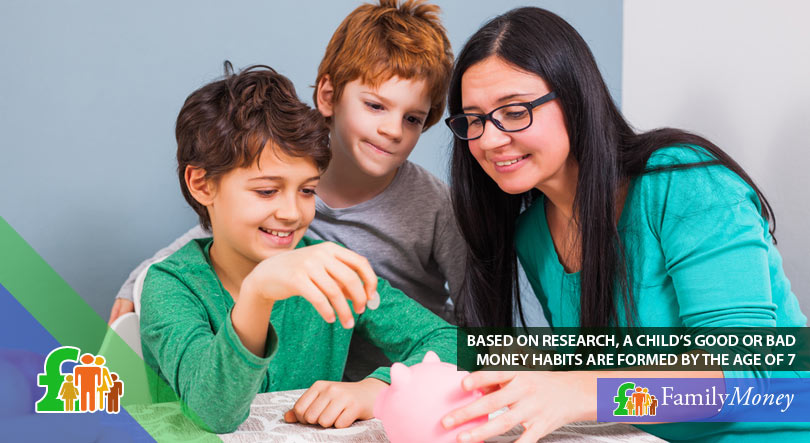 “World class parenting and teaching resources” are something that the MAS plans for the future by creating a forum from which people will be able to learn better parenting skills. It has also called for money education to be included in the primary school educational curriculum. Plans have already been made to start teaching it in secondary schools. No financial education has ever been provided in schools leaving school leavers with no idea of how to manage personal finances.

Psychologists have theories on how to raise successful children

Two professors, who have written a book about raising brilliant children, suggest that the way that we are raising our children may be wrong. They claim that our education system teaches children to spit out facts, rather like a computer, but point out that computers are better than humans at doing that. They say that instead of focusing on being successful at school, we should be showing them how to navigate relationships, be more social and how to be good citizens in the community. Here are their thoughts on raising successful children by teaching them the six “C’s”:

There are 4 levels to each category allowing parents to assess the strength of their child in each skill. They stress that the social interaction of the parents with their children is what will help the child develop these skills. They quite rightly point out that what you do with your child today will matter in 20 years time.

What can we conclude about helping children get along, despite your own financial struggles?

There is help for students in the form of grants and scholarships, or even student loans. An education can be had if the will is there. The point is to install the importance of this to children from a young age and to help them as much as possible during their younger years, as this seems to be a critical time in their development.