It’s a common misconception that university students don’t have to make any state contributions like income tax and National Insurance. We clear up any misunderstandings by explaining:

Any funding that students receive from the Student Loans Company plus any bursaries, scholarships and grants are all counted as non-taxable income. However, the problem arises when students start working. The personal tax threshold in the UK for payment of taxes is now £11,850 per year. If a student is working part-time during the term, it is highly unlikely that they will earn more than the £987 in a single month which makes them eligible for income tax.

In the past, university students could fill in a P38(S) form and hand it to their employer. This would then give them a tax-free status and taxes wouldn’t be deducted from their earnings through the PAYE system. However, this has been abolished since the introduction of real-time tax reporting. Therefore, it’s quite possible that university students might pay income tax on their temporary summer job even though their earnings over the whole year are considerably less than the income tax threshold.

What are the other circumstances when students might overpay income tax?

Apart from temporary jobs during the break, there are other circumstances which might make students liable for income tax.

The incorrect or an emergency tax code

When students start a new job and they don’t have a P45, they might be put on an emergency tax code until their tax status is defined and they’re given a tax code. If they don’t have a P45 from a previous employer, they should use the P46 to be put on the correct tax code. The deductions will then be returned by their employer through their wage packet. 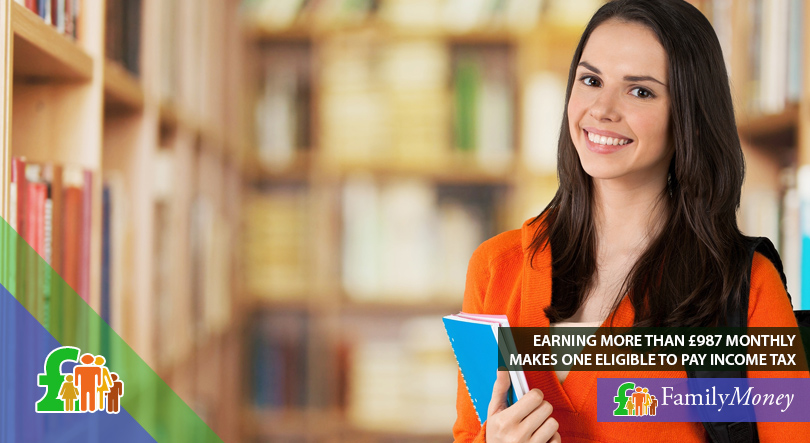 Some degree courses expect undergraduates to do a year of work experience in their chosen field in order to satisfy their degree requirements. The unique problem facing these students is that although the tax year runs from April-April, the academic year runs from September-June. In effect, this means they will be working across 2 tax years. This might give a misleading impression about how much they’re earning and cause them to be taxed through PAYE.

If students work abroad, they might have to make some social security payments to the country where they are living/working. However, the money that is earned outside the UK is taxed here.

Do you pay tax if you are a student?

Students in Britain are not liable to pay tax on student loans or grants that they may be receiving in order to support their studies. However, they are still liable to pay income tax and National Insurance (NI) contribution the same way as other workers. However, in the case of students, they are allowed to earn a certain amount before they start paying tax. This amount is called a Personal Allowance.

Is a stipend taxable in the UK?

In the UK, PhD stipends are tax free. This means that a recipient of this stipend would not be liable to pay any tax on additional earnings up to this threshold. The tax free threshold is defined as £12,500, which is the income amount that is tax free in the UK.

Do international students pay taxes in the UK?

International students must pay for their tuition fees and related student expenses in full, in contrast to British or EU students. However, for students that come from a country that has a double taxation agreement with the United Kingdom, students may not need to pay tax on foreign income and gains which they bring to the UK for the purpose of maintaining their educational costs.

Claiming a tax refund as a student

Applications for a refund on income tax can be made up to 4 years after the relevant tax year. HMRC say that they try to deal with tax reimbursements within 5 weeks of receiving them. Students can claim directly from HMRC online via their own personal tax account.

At the end of the tax year, students will automatically be sent a P800 with details of the tax they have paid and how much they will be reimbursed. They can claim this money online, or HMRC will send them a cheque by post. They can also arrange to have the refund paid through a direct bank transfer. To do so, HMRC will need the name of the account holder, the sort code and the bank account number. 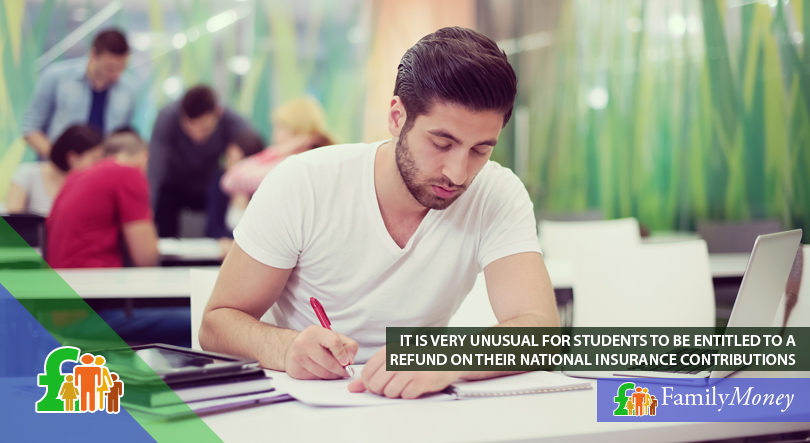 However, if they need the money, are no longer working and don’t want to wait until the following April, they can claim the money back through a P50 form. This can be completed and sent online. A P45 isn’t necessary unless the information on the two forms doesn’t match. Alternatively, the P50 form can be downloaded and sent to HMRC by post along with Parts 2/3 of their P45 (given by their employer by law when they stop work).

Do students have to pay NIC?

Anyone who earns more than £162 a week has to pay National Insurance Contributions (NIC) irrespective of their status or whether they’re in full-time education. Although NIC are deducted alongside income tax, they serve a different purpose and are collected for future entitlements to a State Pension.

It’s very unusual for undergraduates to be entitled to a refund on their NIC. The only time when this might become a possibility is if they work part-time at two or more different jobs and are paying contributions from both.

The PAYE system in the UK works well for those earning a regular set income, but is problematic for students who might have erratic earnings over the course of their studies. Although working as an undergraduate has many other benefits, the primary reason they work is that they need the extra money to pay for essentials. It is therefore a pity to pay income tax unnecessarily and not reclaim a refund when the procedure is so simple. It’s important that undergraduates have a working knowledge of the UK income tax system. This will serve them in good stead when they graduate and enter the workplace.