In this consideration of pocket money, we examine a number of key issues:

As part of their 2018 Family Spending Report, the ONS (Office for National Statistics) asked a sample of 7-15-year-olds to keep a diary of what they spent their money on over a 2-week period. This could be their pocket money, any gifts of money they received or any money they earned from doing a part-time job. This is the first time that the ONS has examined the spending habits of children since 2004. What did their research reveal? After analysing the data, we look at the matter of pocket money in more depth. What advice do we have for parents about giving pocket money, and how far should they influence their children’s spending decisions?

ONS found that the average amount of money received by all age groups was £12.40 per week, and the amount gradually increased as they got older. Therefore, 15-year-olds received £25 which was more than triple the amount that 7-year-olds got (£7.40).

The ways that children spent their money fell into a number of categories: clothes and shoes; school dinners; soft drinks; eating out (hot); games, toys and hobbies; eating out (cold); computer consoles and software; confectionery and toiletries and cosmetics. The most popular ways that children spent their money was on clothes and shoes (nearly £1.80 a week); school dinners (nearly £1 a week) and soft drinks (90p a week).

The first two ways of spending their money are perhaps understandable, but what about the popularity of soft drinks? 38% of those aged 7-9; over a half (58%) of those aged 10-12 and 75% of 13-15-year-olds said that they purchased at least one soft drink a week.

There were a number of differences between what boys and girls spent their money on, and these became more apparent as the children entered adolescence. Both boys and girls spent similar amounts of money up until the age of 12 when girls started to spend on average £2.80 a week more.

The average amount that boys spent on books was half that of girls (15p a week compared to 30p) whilst they paid ten times the amount of girls on computer games and software (£1.10 compared to 10p for girls). 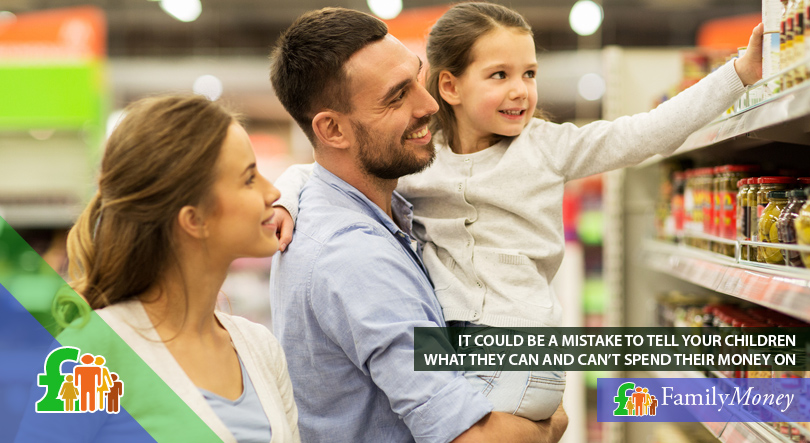 Toiletries and cosmetics (including soap, shampoo and make-up) was another category in which the two sexes differed. Boys of all ages only paid 10p a week for these products, and only 2% of boys in the survey purchased at least 2. By contrast, 17% of girls bought at least 2 of these products, and the amount they spent increased as they got older. Therefore, 7-9-year-old girls spent 20p a week, but by the 13-15 age group, this had reached £1.70 weekly.

A parental guide to pocket money

Were you shocked by the large sums of money children spent on soft drinks? Bearing this in mind, how much influence should parents have on the spending habits of their offspring? Let’s look at this and other common questions parents have about pocket money.

How much to give

There is no such thing as the ‘correct’ amount of money to give your children since it depends on your own budget. This is not open to negotiation, however much kids like to pester or play off their parents against what others are giving their children.

It’s very important that children make a contribution to the smooth running of the household by doing some age-appropriate chores.

What is important, however, is that the amount should increase with age. Also, it should be quite clear what expenses come out of the pocket money and which ones are paid directly by the parents. You’ll probably find that parents who award higher amounts also expect their kids to pay for more things out of this sum.

It’s very important that children make a contribution to the smooth running of the household by doing some age-appropriate chores. It should not be understood that you’re paying them for their chores, but this help is voluntary. On the other hand, if you want your kids to lend a helping hand with additional household jobs, then this should be recognised with extra payments. In this way, your children equate money with work.

Now we all know the disastrous financial consequences of taking cash advances from credit cards, but what about advancing children a week’s money in advance? This issue is sure to raise its head at one point, and this is an opportunity to teach kids a valuable lesson. 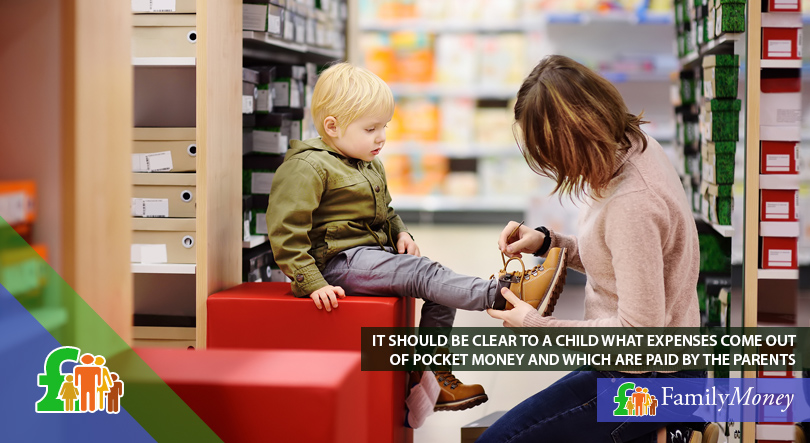 No matter how often you explain that it will mean going without money for a whole week, they will not listen. Therefore, you should let them do it. It will teach them a lesson about what borrowing actually means.

In the same way that your employer doesn’t dictate how you spend your salary, it can be a mistake to tell your children what they can – and can’t – spend their money on. Of course, they will squander sums of money on things you think aren’t worth it, but hopefully, they will learn from their poor spending choices.

Encouraging children to save

Putting money by is an important money management skill that you should pass onto your children. You can facilitate this by going with them to open a savings account. You could implement a rule that they have to put by a certain percentage of gifts of money they receive on birthdays/special occasions (perhaps 20-30%) and the rest they are allowed to spend. If they want something that is beyond your own budget, encourage your children to save up for it.

Lessons about money management especially through the weekly giving of pocket money are crucial skills that you should start with your children before the age of 7. This is the age when money habits are formed (according to the Money Advice Service). Developing skills in financial decision-making will be helpful when they first leave home and throughout the rest of their lives.