In this article about the Queen’s finances, we shall examine:

Should we be paying for a Monarchy?

It has recently been announced that The Queen is to receive an 8% pay rise, as profits from the Crown Estate rose last year by 24 million pounds. At a time when government pay cuts through the public sector are causing public outrage, should we still be paying for a Monarchy?

What is public pay?

According to Royal accounts, The Sovereign Grant is set to rise from 42.8 million for the year 2016-2017 to a staggering 76.1 million for the year 2017-2018. The Sovereign Grant is made up of taxpayers’ money that is given to the Queen every year in order to run the Royal Household, upkeep the estates and for Royal travel. The grant is paid 2 years in arrears and is reviewed every 5 years.

The Sovereign Grant is made up of taxpayers’ money that is given to the Queen every year in order to run the Royal Household, upkeep the estates and for Royal travel.

The raise has been generated by a change in the way that the money for the grant is being calculated. Until now, the Royal Family received 15% of the net profits of the revenue that is generated by the Crown Estates. Due to urgent repairs, that need to be carried out at Buckingham Palace, the government has decided to up this amount to 25% of the net revenue.

What are the Crown Estates?

The Crown Estate is a large commercial property business with one of the biggest portfolios in the UK. Most of the property included in the portfolio is based in London and consists of residential property, office space, shops and retail parks and other businesses. Other holdings include Ascot Racecourse, Windsor Great Park and many other properties throughout Scotland, Northern Ireland and Wales.

The estate was started in 1760 when the monarch agreed to receive an annual payout from the Treasury of the surplus funds generated by the crown’s estate. Although the estate belongs to the Monarchy, it cannot be sold and all the profits that are generated are handed over to the Treasury. 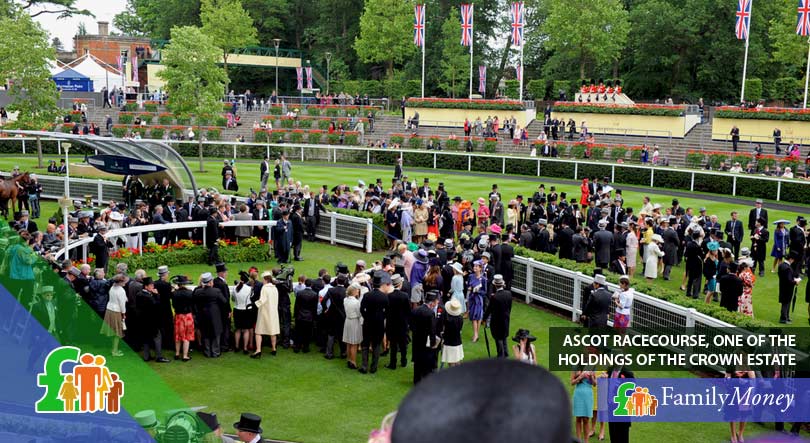 Over the last few years the estate has enjoyed record profits which have seen the value of the portfolio rise by 9.7% to a jaw dropping figure of 12 billion pounds. This has been due to many factors, such as the 20% rise in income from leasing the sea beds to wind farms and a regeneration program of Regent Street and St James’s where the portfolio owns many shops that generate rents.

Officials have reported that Buckingham Palace is in urgent need of repairs to the tune of 396 million pounds. The repairs are due to be carried out over a period of ten years and are considered urgent in order to avoid “catastrophic building failure”. MP’s approved the additional funding for the Monarch’s official duties by 464 votes to 56.

Boilers, lead pipes and ageing electrical and water systems are all due to be replaced, some of which have been in place for over 60 years. The decision to phase the refurbishment over a ten year period will allow the Palace to remain open to the public. The palace is opened to the public for 2 months every year and generates around 11.6 million pounds in income. The Queen plans to continue to reside in the palace during the repair work.

The Royals manage to keep a compliment of full staff and have only made 5% cuts in the last six years.

Here are some facts about Buckingham Palace:

Should the public have to finance the vital repair work?

At a time of austerity in Britain, many Labour and Scottish National Party Politicians have questioned the millions that have been allocated for the repairs amidst proposed cost cutting measures that will see the number of Scottish MP’s drop from 59 to 53. Others expressed how Tory cuts are leaving many unfortunate Britons to suffer, whilst millions are being found to repair the palace. The timing of the funding comes at the same time as the government have stopped providing grants to build social housing for rent. 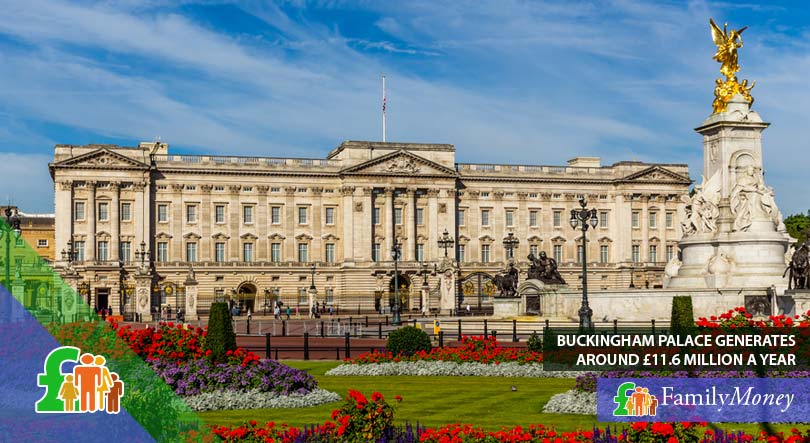 Others have voiced opinions that the Monarchy has vast wealth that should be used to maintain the Palace. The Royal Palaces are held in trust for the nation and do not belong to the Queen. The maintenance costs are funded by the taxpayer and the Queen has come under fire by MP’s for not maintaining nationally important heritage properties properly.

Some feel that the Palace could be opened 12 months of the year instead of just 2, in order to help out with maintaining costs. An online petition raised 145,000 signatures calling for the refurbishment to be funded by the Royals and not by the taxpayers. Many members of the public voiced their outrage on Twitter after the announcement.

Buckingham Palace is a source of national pride

A Palace source indicated that it was hoped that the enormous cost of the Palace refurbishment would appeal to the peoples’ “sense of nationhood”. Royal Officials have said that the repairs would “future proof” Buckingham Palace until 2067 and that every penny spent on the repairs would achieve the greatest value for money. The trustees of the crown’s estate have recommended that the new 25% rise should be paid for the 10 years that the palace repairs need to be completed, until 2027, when it will once again drop to 15%.

Is the Queen rich?

According to The Sunday Times the Queen is the 319th wealthiest woman in the UK. Last year her income was in the region of 54 million pounds including the 40 plus million pounds from the Sovereign Grant paid by the treasury. The Queens annual income is made up of a private portfolio of investments and her personal estates which are Balmoral and Sandringham. The Duchy of Lancaster, otherwise known as the privy purse, consists of land and a property portfolio held in trust for the Sovereign. This generates an annual income of around 12.5 million.

The Duchy of Cornwall provides Prince Charles’ income which was worth 20.8 million last year. Both pay income tax on these earnings. The Queen’s revenue is spent on the upkeep of Balmoral Castle and funding other members of the Royal family. Recently Forbes estimated the Queen’s personal net worth to be around 415 million pounds, made up of private investments, properties, jewels, historical items, horses and cars.

What does the Queen do all day?

The Queen carries out duties that are commonly called engagements. These can vary in nature, but a few of the usual activities involve; entertaining heads of state, taking diplomatic trips, hosting parties, presenting citizens with different awards and opening new sessions of Parliament. In 2015 she carried out 341 engagements which is more that all of the Royal family combined.

The Queen must remain neutral in political matters and does not have the right to vote. She opens each session of Parliament personally and has to give Royal Assent to any legislation passed by Parliament before it can become law. This is mostly a formality and no Monarch has refused a bill since 1707 during the reign of Queen Anne. She regularly meets with the British Prime Minister and other World leaders.

The Queen personally bestows knighthoods and other titles of honour for science and military achievements. She is Colonel-in-Chief for the Armed Forces and Supreme Governor of The Church of England and presides over military ceremonies and anoints bishops and deans. The Queen is patron of hundreds of charities and spends a lot of her time helping these.

How does the Monarchy benefit Britain?

When asked about the decision to increase the Sovereign Grant and the Monarchy’s value to Great Britain, Keeper of the Privy Purse, Sir Alan Reid said, “During the year to 31st March 2017, over 3000 official engagements were undertaken across the United Kingdom and overseas by Members of the Royal Family”. He continued to say that the Royal Family actually costs the British taxpayer 65p per person – the price of a first class stamp. He also remarked, “When you consider that, against what the Queen does and represents for this country, I believe that it represents excellent value for money”.

Recent poles show widespread support for the Monarchy and that 68% of Britons are quite happy with the way the Royal Family represents the country and that they are good for the country as a whole. The British love of their Royal Family was shown by the support that the recent Jubilee celebrations attracted. Millions of people showed their affection by celebrating with the Monarch.

People complain about the expense that the Monarchy incur, but an elected leader would not be free to sustain either. The British Royal Family are a source of admiration to the many foreign visitors that flock to our country and generate hundreds of millions a year for the tourism industry.

Can we accuse the Monarchy of entrenching elitism?

Many accuse the presence of the Monarchy in Britain of keeping a class system in place. If you take a look at the USA there is still a class system there without the presence of any Monarchy. People have expressed feelings of unfairness that at a time of general austerity in Britain where budgets are being trimmed and public spending reigned in, but the Royals manage to keep a compliment of full staff and have only made 5% cuts in the last six years.

In light of the Grenfell Tower Fire, the rift in Britain between rich and poor has been brought into the spotlight. Many other tower blocks have been built from similar materials and are considered to be at a high risk of fire and other safety issues. Residents complain of neglect from local councils and are demanding that money be spent to bring them up to acceptable safety levels.

Whilst there are people who feel that the presence of the Monarchy in Britain is a burden, they are outnumbered by the vast majority who are quite happy to pay for and support the British Royal Family.