Changes in retail banking are coming thick and fast. We consider these retail banking changes as they apply to current accounts with information about:

Apart from an overhaul of how banks treat customers who have an unarranged overdraft, many other new rules and regulations are being introduced in retail banking. In this article, we look at these changes in depth. What is new, and why have the CMA and FCA cooperated to introduce these changes? Finally, we explain how current account holders can switch banks if they are dissatisfied.

Comparison of the service ratings of UK banks

Since August 2018, UK banks which have more than 150,000 personal account accounts or 20,000 business accounts (20,000 and 15,000 respectively in Northern Ireland) must publicise how they rank in the services they offer their customers.

The information in the rankings comes from an independently-run survey of 16,000 customers and includes 4 categories for personal banking and 5 categories for business accounts. Participants are asked how far they would recommend their bank to friends and family according to its overall services, overdraft facilities, online or mobile banking services and in-branch service.

These rankings will be updated twice a year in February and August and must be posted on banks’ websites, apps and branches. Each bank should show the top 5 positions and their own position if they don’t hold a high ranking. Official guidelines say that the rankings should be placed in a dominant spot and be clearly visible to customers. They should be printed on A2 paper although A4 is acceptable as long as they are placed on counters where customers can see them. If they are put on electronic screens, they must be visible long enough for customers to read and take in the information.

The idea of publicising UK bank ratings was one of many measures developed by the regulatory bodies to encourage competition in the retail banking sector. In their 2016 report, entitled ‘Making Banks Work Harder for You’, the CMA found that only 3% of current account holders ever switched their bank even though they could make savings of up to £92. 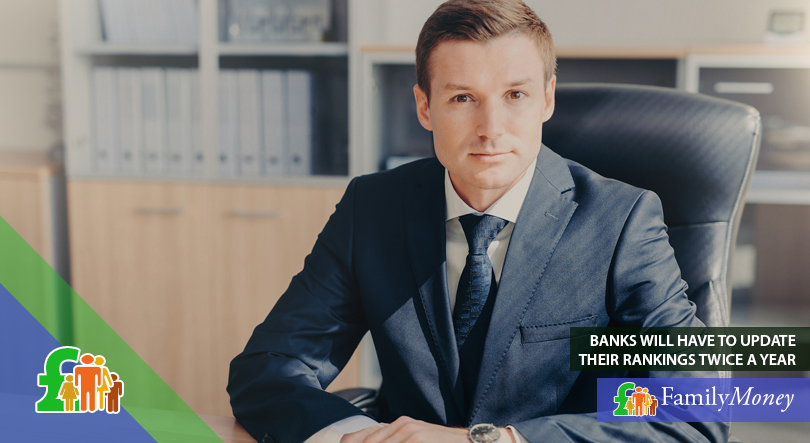 It was thought that this change would incentivise financial institutions to the benefits of offering better services which were both fair and transparent. Such rankings would give bank customers an impartial overview of their own bank and whether it would be preferable to transfer their current account.

How did UK banks compare in the August 2018 rankings?

In the first survey of UK banks, ‘First Direct’ came first with an approval rating of 85%. They were followed closely by Metro Bank with 83% of customers saying they would recommend it to family and friends.

In third and fourth places were Nationwide (73%) and Coventry Building Society (68%). Barclays and Santander came in joint fifth place with an approval rating of 64%. The Royal Bank of Scotland and Clydesdale Bank shared the last position for overall service quality with a rating of less than half (49%).

Other regulatory changes in retail banking

Along with a publication of their ranking, since August 2018 banks must also release information about the services they have on offer, the times when their helplines are open for customers and also record the numbers of customer complaints as well as any issues regarding operations or security breaches.

From November 2018 all UK banks must publicise information about the support they offer to potentially vulnerable customers.

Other changes are also being gradually phased in. From November 2018 all UK banks must publicise information about the support they offer to potentially vulnerable customers. These customers could be vulnerable for one of four reasons:

From February 2019, all UK banks with more than 70,000 personal accounts (or 15,000 business accounts) must make other information public. They must let people know how long it would take to open a current account and how long it takes the bank to replace a debit card. 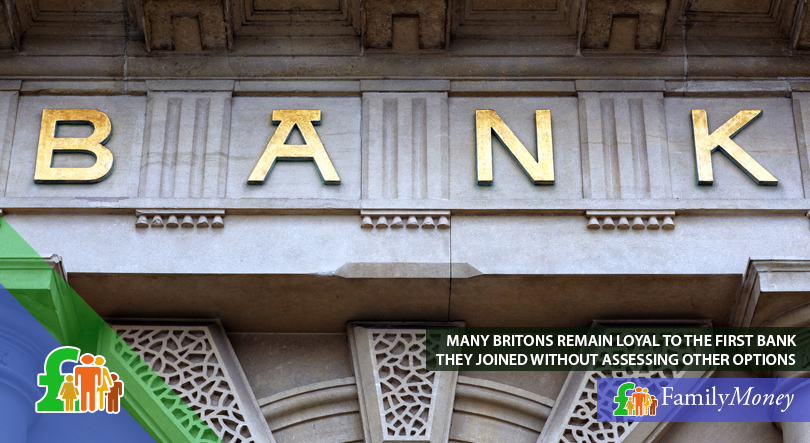 With all this information at their fingertips, it is felt that current account holders will have access to all the information they need to compare different banks and make a well-informed decision.

If your own personal experience reflects the low ranking of your bank or building society, it might be time to switch your current account. This has never been easier. All you have to do is to provide 2 separate official documents as proof of identity and your current address.

If your own personal experience reflects the low ranking of your bank or building society, it might be time to switch your current account.

You should allow 7 working days for the switch to go through although payments accidentally made to your old account will continue to be redirected for 36 months, and the payee automatically notified of your new account details.

Does your bank deserve your loyalty?

Too many Britons remain loyal to the first bank they ever joined without assessing how good its services and treatment of them are. Switching bank accounts is much easier than changing energy or phone provider because it is largely automated. Hopefully, these new regulations for retail banks will encourage them to put their customers first and lead to greater competition in the sector.