A wedding should be the happiest day of a person’s life, but it will also be the most expensive 24 hours that most people will ever live. It is very surprising how much more money some UK locations can cost when you choose to spend your special day there.

In this article about saving money by changing your wedding location we shall examine:

A traditional white wedding does not come cheap

This year the average price that a UK wedding costs is 29,000 pounds. These latest statistics were collected by the on-line marketplace Bidvine.com. This internet marketplace allows members of the public to request local businesses to bid for a job that they need doing. The statistics were gathered from wedding planners quotes that were found on this marketplace to compare quotes from around the country.

The information for the report took into account quotes for the cost of planning, venue hire, flower arrangements, beauty stylists, bakery services, photography and videography in order to give an over all cost figure for different regions of the country. You can imagine where the most expensive area to get married was.

How do different areas of the country compare with regard to wedding costs?

The most expensive place in the UK to tie the knot is central London, where a wedding in the capital will cost the lucky couple 46,200 pounds on average. That hefty sum is 17,000 pounds more expensive than the national average of 29,000 pounds. Around the London suburbs the price would be a little over 40,000. The findings placed the East Midlands at the bottom of the list where you could marry for an average price of 14,400, a whopping 68% less than in London.

The South West and the West Midlands were slightly more costly with the average prices being between 18,840 pounds and 20,348 pounds. Other expensive areas were the South East where the average wedding will cost the happy couple around 33,005 pounds and surprisingly the North West with a shockingly high figure of 39,120 pounds. 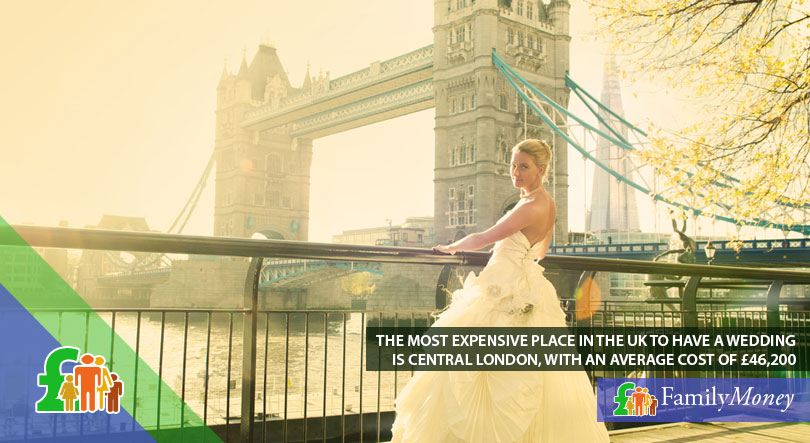 What does the “Wedding Tax” refer to?

The wedding tax refers to anything connected to a wedding. It is a well known fact that suppliers of alcohol, venues, catering and photography hike up their prices as soon as the “wedding” word is mentioned. The “wedding tax” theory was tested recently by an undercover investigation conducted by Amigo Loans. They made contact with 72 suppliers and 24 venues throughout the UK and asked them for quotes. They asked for the prices for a party and for a wedding based on a guest list of 80 people.

The findings were quite disturbing. The prices that were quoted for weddings had a 68% mark up and for venues alone the mark up was 37%. The average price of a venue during the month of August was a staggering 6,500 pounds. Venues claimed to have no availability for party bookings but would happily accommodate weddings. The price of a meal had an average 28% mark up and 48% for table dressings. Drinks packages were also found to be 15% more expensive.

There are ways that wedding costs can be cut

It comes as no surprise that the most expensive day of the week to get married on is a Saturday. By avoiding weekends and the inflated prices during the summer months as much as half the cost of the venue could be saved. This could be inconvenient for guests, who may have to take annual leave in order to attend, but if people were given enough notice, the majority of guests would go to the extra effort of being there for such a special occasion. 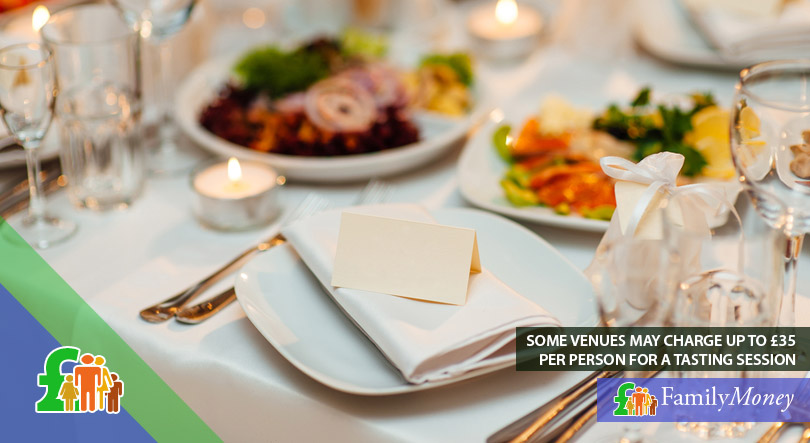 Watch out for hidden meal costs

When couples are shopping for a wedding venue they are often invited to come and try the food beforehand in order to assess the quality that they will be offering to their guests. Many places will charge as much as 35 pounds per head for prospective customers to sample their menu. Be aware of this extra expense and ask the venue if they will allow the tasting session to be included in the price of the whole package.

Use a budget tracker to keep on top of wedding costs

Some on-line companies such as WeddingSpot have wedding budget tracker apps on their websites which allow you to keep track of your budget and monitor the mounting costs. This will allow you to oversee everything in one simple place. Some of these sites will even send out free electronic invites to your guests. It is also a good idea to check that any wedding bills have had VAT included so that you will not be struck with a large tax bill at the end.

Save money on accommodation for your guests

Beautiful country houses and castles often double as hotels for newly weds and guests alike. These kind of guest rooms can cost a lot of money to stay in and may not be necessary as there are usually cheaper hotels in the same area that would do just as well. Local business count on the overspill to fill their small establishments and you can find great deals for low cost accommodation. 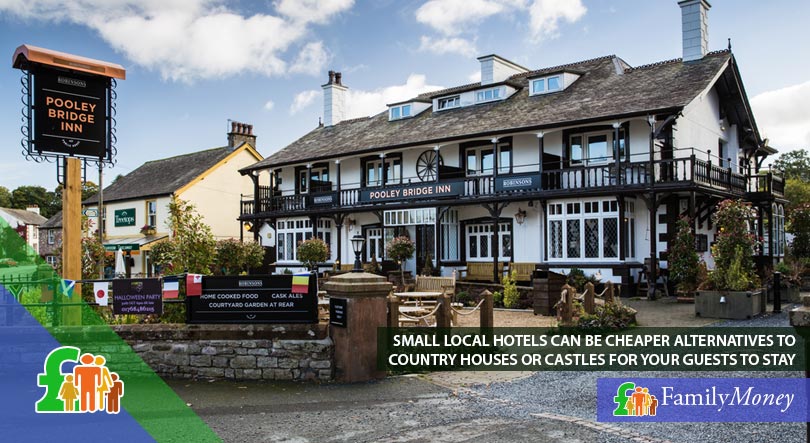 Try and do some DIY

A few friends and some wine is all that is needed to turn a pile of craft supplies into stunning seating cards, table decorations and wedding favours. By buying and arranging flowers from much cheaper sources you could save a substantial amount of cash. If you prefer to leave the flower arranging to the professionals then be careful to choose cheaper flowers that are in season and to use more greenery to keep costs down.

Figures suggest that as many as one in four UK couples are jetting off to sunnier skies in order to get married. For those who do not have big families or who want to escape from an army of relatives, getting married abroad is the ideal solution. Wedding costs can be dramatically slashed and big savings had on a combined honeymoon. Today’s affordable airfares, guaranteed sunshine and a much cheaper cost overall all the main reasons for this trend.

So what conclusions can we draw from the high wedding costs that couples pay in the UK?

As we have seen, getting married is big business in the UK and people are spending huge amounts of money on their big day. The area in which you live plays a big role in the price that you will pay. Some weddings in the London area can cost as much as a deposit on a house.

Research shows that a large number of couples who had spent a fortune on their big day regretted the fact afterwards. Women said that the biggest money wasters were flower arrangements, decorations and men’s suits. Men claim to regret expenditure on wedding dresses and bridesmaid dresses. On the other hand, women were happy to pay for extravagant transportation while men were happy to pay for a good reception.