Theresa May pledged to leave the pay cap in place, but there is increasing pressure on her from her own ministers to lift the pay cap. In this article we shall take a look at what this means for the country as a whole and how it could help some underpaid public sector workers avoid debt and payday loans.

In this article about the pay cap we shall examine:

What is the pay cap?

The pay cap was introduced in 2010 by former Prime Minister David Cameron. The pay cut has resulted in public sector workers having their pay frozen for 2 years, prior to 2013 and then a cap of 1% introduced for the years there after. There are 5 million public sector workers in Britain who have been devastatingly affected by the pay cap. It was designed to curb public spending and cut down the country’s financial deficit as part of the coalition government’s austerity agenda.

The public sector workers, that have been affected by the pay cap, include National Health staff, teachers, police and the fire service. The country’s rising inflation rate means that these public sector workers are finding it increasingly difficult to make ends meet in today’s world. The unexpected rise in inflation is the highest that the country has seen for four years. The public are becoming increasingly angry as the government insists on keeping the measures in place.

What are the government’s views on the pay cap?

The Conservative government recently voted against scrapping the pay cap. It was brought to the House by the Labour Party in a bid to raise wages for the public sector workforce. The pay cap was due to be kept in place until 2020 by the Conservatives as part of their election campaign, but now that the party has lost its majority, some MP’s are asking for the pay cap policy to be reviewed. There are reports of turmoil within the party as it seems that a large majority of MP’s are keen to see the pay cap lifted. They believe that the Party’s tough stance concerning austerity measures cost the Party a lot of votes in the recent election and contributed to the loss of the majority.

What are the pay review bodies?

The pay rises that affect the 5 million public sector workers are set by independent pay review bodies. These independent pay bodies were set up in order to inform the government of the different issues that each sector faces, regarding recruitment and other staff matters. Government insiders have said that pay review recommendations will be honoured even if they were to breach the pay cap agreement. Officially the government has promised to review the independent reports of the pay bodies and consider their proposals. This indicates that although the pay cap will not officially be lifted, certain sectors will soon see some differences in their pay checks.

What does the public think?

The report from the British Social Attitudes survey has shown an increase in the number of members of the public who think that taxes should be raised in order to increase public spending. They are asking for public spending to be raised to the highest levels since 2004. The recent tragedies that have occurred in Britain during the last few months, seem to have increased public support for more spending on public services. These incidents include the recent terror attacks in London and Manchester and the Grenfell Tower fire recently in London. These events have raised public support for firefighters, the police and other emergency service workers. 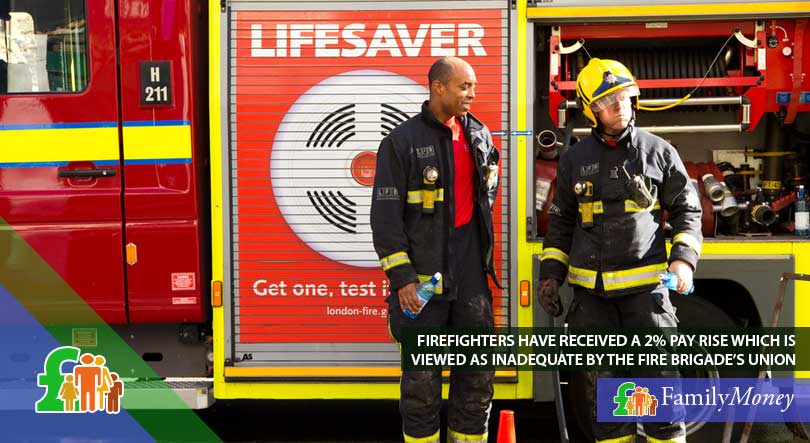 Labour leader, Mr Corbyn linked the recent Grenfell Tower disaster to spending cuts by the government. He claimed that because of government spending cuts there were fewer building control and planning inspectors in place to reinforce safety measures. He went on to say that there were fewer firefighters in place and that was a direct result of the pay cap affecting recruitment. He pointed out that the tragedy hi-lighted the effect that austerity measures had on local communities and showed the terrible consequences of deregulation and cost cutting. Labour claims that fire and rescue budgets have been cut by 30% since 2010 and that a further 20% more cuts are planned until 2020.

The pay cap has already been breached

The fire brigade’s union is disappointed with the 2% pay rise that was offered to firefighters for this year. They say that the pay rise in an inadequate amount and cannot rectify the damage that years of austerity has created. Matt Wrack, the general secretary, commented that the pay cut is dead in the water but the rise was not enough for firefighters. He went on to say that he was sickened to hear politicians praising firefighters and them asking them to tighten their belts as the result of the economic problems that the country is facing that have been caused by bankers.

Unions claim that public sector workers are being taken for granted

Unions have expressed worries that many workers feel as thought they are being taken for granted. They say that workers are feeling increasingly demoralised and that years of pay freezes have affected recruitment. The Union of Teachers has condemned the recent announcement from the government to keep the pay cap in place for over half a million teachers in England and Wales. The union states that over the last seven years, teacher’s pay rises have fallen 13% below inflation. The industry has problems concerning teacher retention, as many have been forced to seek higher paid employment elsewhere.

Unions claim that workers are feeling increasingly demoralised and that years of pay freezes have affected recruitment.

This summer will see many protests over pay

The Royal Collage of Nursing have planned a number of protests over the summer to raise awareness and lobby support from politicians for fairer pay. The RCN blames the increasing numbers of unfilled employment places within the sector on the pay cap. They say that if the issues are not addressed, then they could see a nursing short fall of 42,000 . People are not prepared to do such a demanding job with such low levels of pay. A poll of over 50,000 nurses claims that four out of five nurses are prepared to take strike action in order to force the government to raise their rates of pay.

Recently, stories of nurses being forced to use food banks in order to make ends meet caused a public outcry. Other stories emerged of teachers being made homeless as their pay is not enough to allow them to pay all their bills and have a decent living standard. The unions hope that a summer of protests will force the government to listen to the demands of the people and make the changes that they are demanding. As of yet, the government does not seem to be listening.

What would the pay rises cost the government?

Public sector workers in the UK earn on average 25,000 per annum. The bill for public sector wages last year was a reported 180 billion, at the current 1% rate. If the public sector were to have their wages raised by 3% for the next 3 years it is estimated that it would cost the government and extra 10 billion by 2020. The current plans to abolish the deficit by the mid 2020’s would be affected by these measures. The aims of the party to have a balanced budget by the mid 2020’s have caused a debate as to how important these time limits are, and to whether the targets should be kept in place.

Where could funding for pay rises come from?

Money to fund the pay rises that are long overdue in the public sector could be raised by upping income tax. If 1 pence in the pound were to be taken from all workers then the cost of the pay rises could be covered. Labour’s manifesto reported that the cost of lifting the pay cap would be 4 billion pounds. They claim that by reversing the tax cuts offered to corporations in the UK by the Conservatives and chasing tax dodgers they could raise 19.4 billion pounds.

Others have suggested that money could be found by cutting foreign aid to poor countries. The foreign aid budget is estimated to be over 13 billion for the coming year. Britain gives a higher proportion of its money than other G7 countries. Legislation introduced by David Cameron in 2015 bound the UK into giving 7% of its gross national income to international aid. Public opinion on the matter is divided and surveys differ with one showing 67% of the population wanting aid to be increased and another 66% of the population wanting to see it decreased.

A recent survey of 8,000 people by a payday loans comparison site has shown that it is public sector workers who are the most likely to need payday loans to tide them over. Of those applicants in employment, figures showed that 27% of loans had been requested by public sector workers. Although payday loans have a negative stigma attached to them, for many people in Britain they are a life line, as rising costs mean that they are unable to make ends meet every month. 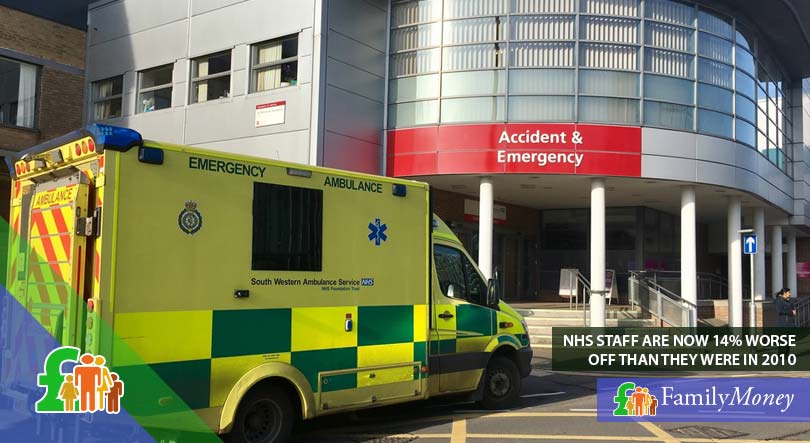 NHS staff are now 14% worse off than they were in 2010. There have been many reports of nurses pawning their belongings and being forced to move house in an effort to survive. Payday loans are becoming the norm for struggling nurses as they pay their bills and are left with no other option but to rely on this method of support, when the end of the month sees them with out extra funding that they need. Many have reported to be using food banks in order to put food on the table for their children.

The payday loans have become a necessity for many struggling workers

Since the recent interest caps on pay day loans, more people than ever are choosing this as an option for surviving the month on their meagre salaries. A recent report showed that 40% of borrowers were young people who are not coping well with budgeting their money. One in twenty families rely on payday loans to cover the spiralling living costs. It is hoped that if the pay cap can be scrapped then less families will have to rely on this method of survival

It seems that all eyes will be on the Chancellor in October when the new budget will be released. It is hoped that the government will carefully consider the suggestions from the independent pay review bodies and make fair decisions on the results of their ideas regarding pay rises. Until some changes can be made, it seems that public sector workers will have to continue using payday loans and food banks in order to survive.