The recent announcement from 15th of September 2017 of a 12.5% increase in the price of electricity supplied by British Gas will affect 3.1 million households. Should people accept this price rise or shop around for a better deal?

In this article about the price rise from British Gas we shall examine:

The owners of British Gas, Centrica, has cited high transmission and distribution costs as well as the high costs of government policy for the reason for the raise. Although the prices of gas have remained the same, the price rise means than the average household on a standard tariff can expect dual fuel bills to increase by 7.3% which will work out another 76 pounds a year to 1,120 pounds.

The owners of British Gas, Centrica, has cited high transmission and distribution costs as well as the high costs of government policy for the reason for the raise.

Centrica say that they have not raised prices since 2013 and point out that they were the last energy supplier to raise their prices, but the government claims that its policy costs could not be responsible for the increases. Centrica has promised to protect its most vulnerable customers who are on the government’s Warm Home Discount with a credit worth 76 pounds. This credit will be payable to around 200,000 British Gas customers.

Ministers have expressed concerns over the British Gas price increases

The government had promised in a pre election manifesto to cap energy bills. Instead of dealing with this price rise, the government has passed it over to the regulator, Ofgem. This regulator is an independent body that is designed to protect consumers from the energy providers. The government claims that it will deal with these issues either by regulation or legislation. Although they are not dealing with these issues as promised at this time, a price cap still could be enforced in the future. 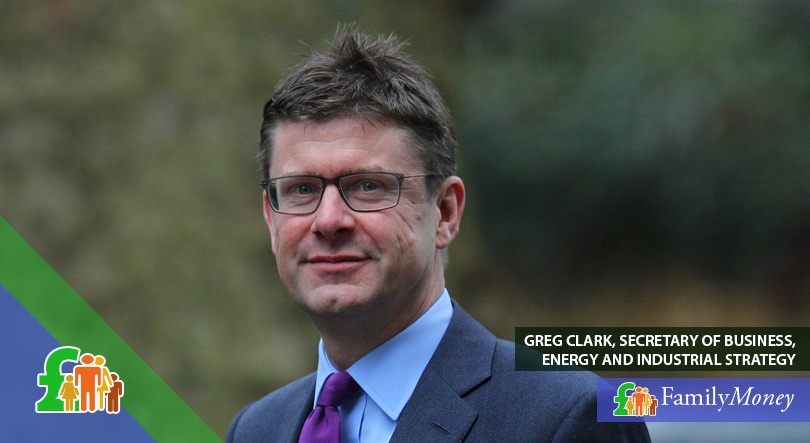 Business and Energy Secretary Greg Clarke asked Ofgem what action it was going to take in order to protect customers who are on the poorest value tariffs and what could be done for the future of the standard variable tariff. These questions were asked in a letter that was sent by the minister in June and Ofgem has committed itself to consult with experts in order to find ways to safeguard energy tariffs.

The other main energy suppliers in the UK including EDF Energy, SSE, E.On, nPower and Scottish Power all announced price rises earlier this year. Consumer groups and energy experts were expecting the latest energy price rise from British Gas, but many expressed concerns that the energy market is out of control and that the announcement was badly timed.

The editor in chief of Money.co.uk, Hannah Maundrell said, “Customers that waited to switch may now have missed out on some of the cheaper tariffs that were available back then and could end up paying more”. Martin Lewis of the consumer money saving website commented that although the price freeze by British Gas had given consumers “a little respite”, it had also made people feel that they would not raise their prices and given consumers a “false sense of security”.

Many people will struggle to pay these higher bills

With the wage cap still firmly in place and inflation at the highest levels for years, there are real concerns that people will struggle to keep up with the price increases. The pre-election pledges from Theresa May to cap energy prices were proposed to help 17 million households, but afterwards Greg Clarke confirmed that it would be only 2.6 million consumers from very poor families that would qualify for the Warmer Home discount.

Ogfem figures have shown that for the big energy providers, the cost of supplying households with electricity is in fact 4% lower than it was in January 2005. Although British Gas has been offering a cheaper standard variable tariff than the other five energy giants, this latest price hike will bring its prices more in line with the other providers. As a former public utility, many British Gas customers do not shop around for more competitive prices and switch provider. 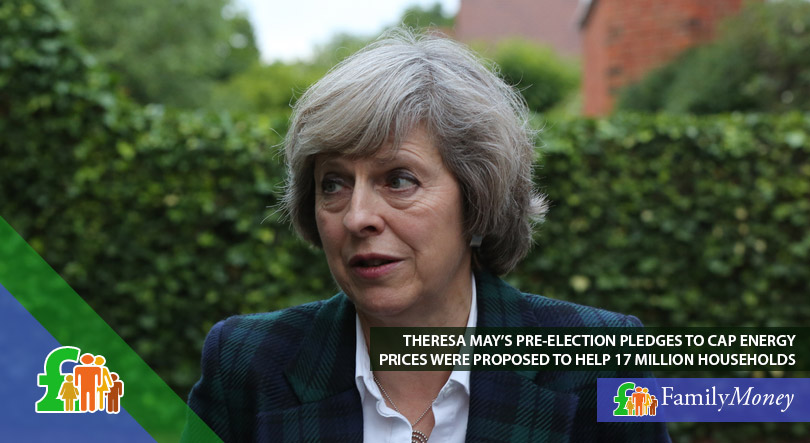 Centrica has not had very good half year results

Centrica’s Consumer Chief Executive Mark Hodges spoke about the price rises saying that it was a difficult decision to raise prices that had been held off for as long as possible, in order to protect the consumer. He also pointed out that a further 5.3 million of its customers would not be affected by the rise.

Centrica’s half-year results showed that the energy supplier had lost 377,000 consumer accounts in the first half of the year which had affected its consumer earnings by over a quarter. Its underlying operating profits from its UK energy supply arm fell by 26% to 381 million pounds. This was the result of warmer weather and the pre-payment tariff cap. For the last six months, until the 30th June, the company’s overall underlying operating profits were 816 million, showing a 4% drop.

How do I switch electricity suppliers?

If you wish to switch energy supplier, or even if you are considering the move, the first step would be to find one of your existing bills and use it for reference purposes on price comparison site. You would then receive a quote based on a selected tariff from the new provider. If you decide to switch, then you would have to pay off your existing balance to your old energy supplier, and wait until the switch is complete.

How long does it take to switch energy suppliers?

Most energy suppliers in the UK would take approximately three calendar weeks to become your new supplier when you apply to switch. Most suppliers offer some form of guarantee that the process will not take longer than three weeks. This period includes your statutory cooling off period of 14 days, during which you can change your mind about switching energy suppliers.

Can my energy supplier stop me switching?

In case that you owe your existing supplier an amount of debt, then you are most likely not going to be allowed to proceed with switching energy supplier. However, in the case that amount owed is the supplier’s fault, for instance if a wrong bill amount was posted to you, then you should not be disallowed from switching providers.

Many households are losing hundreds of pounds every year by not switching their energy provider. Despite 30% of consumers switching energy provider last year, a massive two thirds of consumers are still on the worst value standard tariffs. Trials are being conducted at the moment in order to find ways to persuade consumers to make the switch.

Consumer groups have expressed concern that many consumers will wait to see what government changes will bring, but there are no guarantees that anything will be done soon and they will loose money while they are waiting. By switching supplier now people could save themselves from price hikes in the near future.

Switching energy supplier is quite easy and hassle free

Many people think that switching provider will cause major upheavals, but they are very wrong. There are usually no complications when switching supplier, including no break in the service and no need for engineers to be called out. It’s all the same power that you will continue to be using, the only difference is that you will now be paying another provider. For the average consumer with a standard tariff with British Gas, fuel bills will be 1,120 pounds from September. The cheapest deals around for exactly the same product can be found for 844 pounds for the same usage.

So what conclusions can we draw from the British Gas price hike?

It seems that this latest price hike by an energy supplier comes at a time when austerity is on the rise in Britain. Despite pre-election promises to cap energy prices the government has failed to do so and has passed the responsibility over to regulators. People should not be afraid to switch providers and get the best possible deal on the market.