The state pension is a regular income which is paid by the government for those who have retired and are no longer able to work. Every April the amount that retired people get increases in line with rises in the cost of living (CPI), average wage increases or by 2.5% (whichever rate is the highest). Annual state pension payments are lower than the Personal Allowance of £11,850 set by HMRC so pensioners would only be eligible to pay tax if they have another source of income. In this article we examine:

How is the state pension calculated?

The amount that retirees receive depends on how many National Insurance contributions they’ve made over their working life. Workers who have gaps in their employment record (to bring up children, for example) receive NI credits which count towards their final pensions.

There have been recent changes in the UK’s state pension system which will affect those born on/after 6th April 1951 (for men) or 1953 (for women). For the new state pensions, people have to have at least 10 qualifying years. Also, the number of qualifying years for a full pension has risen from 30 to 35 years.

How much is the state pension in the UK? 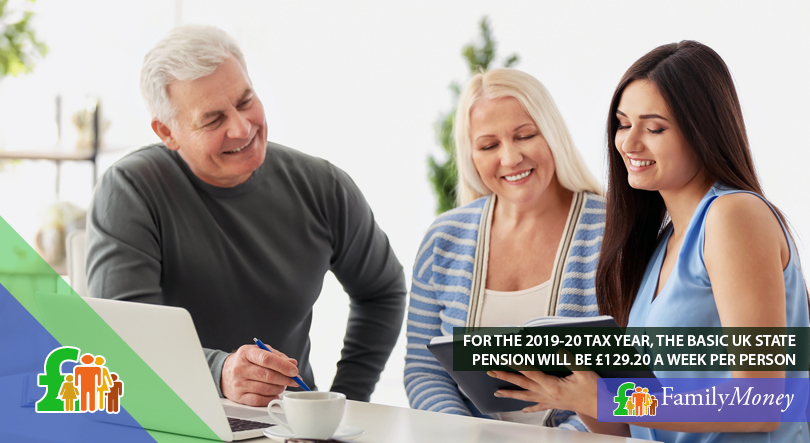 When will I get my state pension?

Apart from altering the way pensions are calculated, there have also been changes in the State Pension Age (SPA). Although the SPA for men has always been 65, the retirement age for women has steadily increased to 65 since 2010. Further increases are gradually being implemented for both men and women. These are:

The age you’ll be eligible for a state pension depends on when you were born. There is an online calculator [www.gov.uk/state-pension-age]to find out exactly when you can apply.

How many years do I have to work in the UK to get a pension?

Can I get my pension if I leave the UK?

You are entitled to receive the UK state pension if you live in another country. However, it will only be possible for you to have pension increases each year if you live in the UK for 6 months or more every year, or within the European Economic Area (EEA), Switzerland, or a country that has a social security agreement with the UK that allows for increases.

How much is basic pension in the UK?

Can I retire at 60 and claim a state pension?

You are of course allowed to retire at any age, but this doesn’t necessarily mean you’ll be entitled to a state pension. In situations of extreme ill-health (and especially a terminal diagnosis), you might be able to claim your state pension as early as 55 or younger. However, you must provide the necessary medical documentation.

How can you claim a state pension?

Claims for a state pension can be made by phone, or you can download a form from the gov.uk site and take it to your local pension centre. Recipients of the new state pension also have the option to apply online through their Government Gateway account.