Universal Credit is often in the news and not necessarily for the right reasons. This article is a factual overview of this relatively new state benefit and answers the most commonly-asked questions such as:

Originally announced in 2010, Universal Credit is slowly being rolled out across the whole of the UK. The latest figures for August 2018 reveal that about half of all households (1.1 million) claiming unemployment benefits are now recipients of this state allowance. However, it is due to be fully implemented by 2023 and will be given to 7 million claimants at a cost of £6.3 billion. In this brief overview of Universal Credit, we explain what it is, why it was introduced and provide key information including how it works and how much people are entitled to.

What is Universal Credit?

Unless there are special circumstances, Universal Credit recipients must be 18 or over and mustn’t be in full-time education.

Where has Universal Credit been rolled out?

Whether claimants receive Universal Credit depends on where they live. The Citizens Advice website allows new claimants to enter their postcode to see whether it’s available in their area.

Although Universal Credit is still limited to specific areas, it will gradually be introduced across the whole of the UK.

Although Universal Credit is still limited to specific areas, it will gradually be introduced across the whole of the UK. However, claimants who receive the older-style benefits will be contacted by the DWP before they’re switched to Universal Credit telling them everything they should do.

Why is Universal Credit being introduced?

Despite current problems and criticisms, the introduction of Universal Credit was initially greeted with enthusiasm by all political parties. There were 2 main reasons for its introduction. The first was to make the process for claiming state benefits quicker, simpler and more efficient. 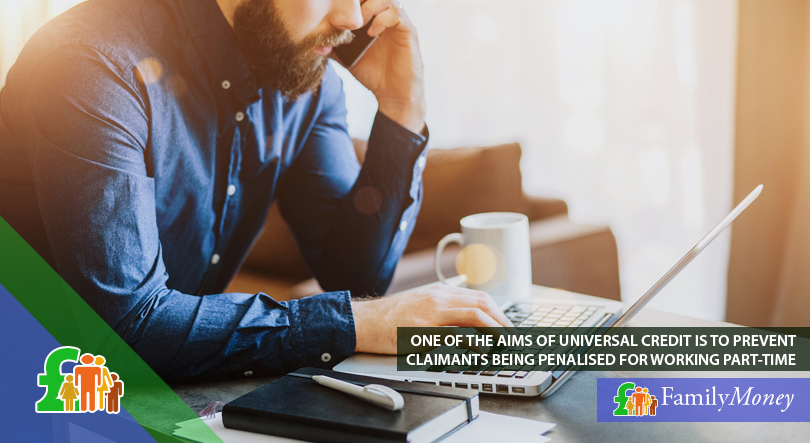 The other reason was to prevent claimants being penalised for working part-time. Under the previous system, many claimants found that their benefits were automatically stopped as soon as they worked more than 16 hours. Under Universal Credit, there’s no limit to how many hours a recipient can work, but their payments are gradually reduced as they work and earn more. The idea behind this is that low-earners are never better-off by being on benefits than working.

How does Universal Credit work?

Certain Universal Credit claimants (such as those who are responsible for dependent child(ren) or those who have limited capabilities to work) receive an allowance which allows them to work a certain number of hours before their state benefit is reduced. This allowance is £198 for those receiving help with their housing costs and £409 for those who don’t. After this work allowance is taken into account, claimants have their payments reduced by 63p for every extra £1 they earn.

How much is Universal Credit?

The Universal Credit standard allowance varies depending on the circumstances of the claimant. Provided that they meet certain criteria, the amount that a claimant can receive is: Single person under the age of25: £251.77 monthly. Single personal over the age of 25: £317.82 monthly. Joint claimants aged under 25: £395.20 monthly. Joint claimants either aged over 25: £498.89 monthly.

Who qualifies for Universal Credit?

The basic criteria for someone to be able to qualify for Universal Credit is that they are a permanent resident of the UK, be aged 18 or over, be an a low income or unemployed. However, the age restriction may not apply as some claimants may receive the benefit if they are aged 16 or 17 depending on their circumstances.

Can I work and claim Universal Credit?

If you are on Universal Credit, you have the ability to work as many hours as you like and still keep receiving the Universal Credit. You may also be entitled to work allowance if you are doing paid work. Pre-existing benefits such as income support or working tax credits presented more restrictions in this regard compared to Universal Credit.

How is Universal Credit paid?

Universal Credit is paid into recipients’ bank accounts once a month. If both partners in a household are eligible, they receive a joint payment. The benefit is paid one month in arrears, but recipients must wait at least 35 days for their first payment. This allows for a 4-week assessment period to calculate any earnings and one week for processing their claim. If recipients face financial difficulties while waiting for their first payment, they are entitled to apply for an advance from their work coach which must be paid back gradually as soon as their claim has been processed. 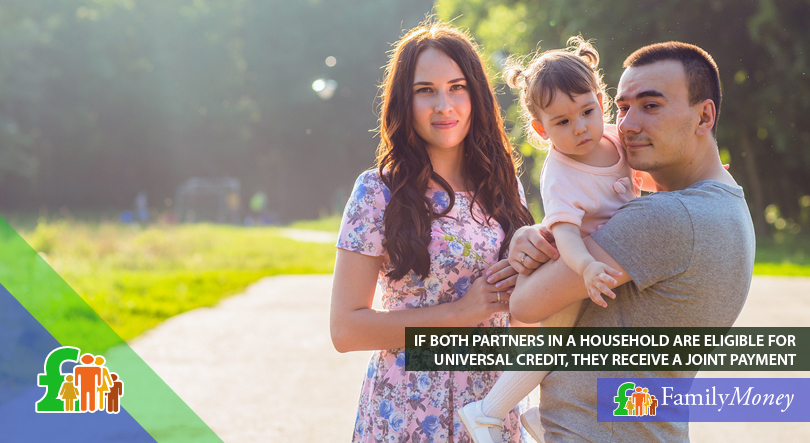 Assessment of their earnings is carried out every month. If recipients do overtime in one particular month, they might find their Universal Credit cut. However, if these extra earnings were the result of seasonal work, then their benefit will return to its former level in the following month. From the amount they receive, claimants are responsible for paying their own housing costs. This is completely different to the previous benefit system which paid housing benefit directly to landlords.

How much is Universal Credit?

The amount that recipients receive varies according to their personal circumstances, how much they have in savings and how many hours they work (if any). The maximum standard monthly payment as of Autumn 2018 is:

Extra payments are added to this standard payment as applicable including ones for dependent children, childcare costs, housing costs, those with a disability, or medical condition carers.

Certain benefits such as child benefit, disability living allowance, personal independence payment and a reduction in council tax aren’t taken into account when assessing a claimant’s household income. Also, savings under £6,000 won’t affect how much Universal Credit a claimant receives.

What is the effect of the benefit cap on Universal Credit?

There is also a benefit cap which affects how much money households can receive in total benefits. This depends on claimants’ circumstances, and whether they live in the capital. As of Autumn 2018 the weekly benefit cap was set at:

Claims for Universal Credit are made online. People without internet access or poor computer skills can make their claim at their local JobCentre Plus (with the help of their work coach if necessary). They will be notified about when they will have to meet their work coach. At this interview, they’ll be asked to draw up and sign a Claimant Commitment. This document will be a plan of what they intend to do to look for work, improve their chances of being employed and so on. This has to be reviewed regularly.

If their work coach feels that they haven’t kept to the terms of their Claimant Commitment, they can be sanctioned. This means they will have their benefit cut for a certain period. All recipients must also report any changes in their circumstances which would have an effect on their income and therefore their Universal Credit payments.

Despite the attention of the media, it looks as if the roll-out of Universal Credit will continue without interruption across the whole of the UK. New claimants should make sure that they know how this benefit works, and how much they will receive before making a claim.