In this article about the basics of income tax in the UK we discuss the following popular matters relating to income tax:

What is income tax?

Income tax is the money which is paid to the government to cover the expenses of running the country such as the roads, education, Armed Forces and so on. In the UK, it is administered and collected by HMRC (Her Majesty’s Revenue & Customs).

How much is income tax in the UK?

The amount of income tax you pay in the UK depends on your income, and in which tax bracket(s) this income falls. Apart from extremely high-earners (making over £123,000), everyone in the UK has a Personal Allowance of £11,500 (for the 2018-19 tax year). This means that any money earned under this threshold is completely tax-free.

The next tax band is for those earning £11,501-£45,000. Taxpayers in this band pay the basic rate of 20% on everything earned over their Personal Allowance. Higher rate taxpayers (with a take-home pay of £45,001-£150,000) pay 40% on any income which falls between these two amounts. Finally, those who make over £150,000 a year pay the Additional Tax Rate of 45%. Some state benefits are taxed (such as pensions). However, others are completely tax-free (like Housing Benefit).

How does income tax work in UK?

The UK tax system is primarily based on marginal tax rates. This means that the amount of tax that you pay while working in the UK is estimated as a percentage of the income that you earn within predefined thresholds. You would not have to pay the same amount of tax on everything that you earn. For earnings up to £12,500, the income is 0% for the tax year 2019-20.

Can you claim back PAYE tax?

Under certain circumstances, you may be in the position to claim back PAYE tax while working in the UK. In the case that an employer is on strike, a refund would only be granted and paid to the employer when they leave their work or go back to work. In the event that an employer has been registered under the wrong tax code, they are obliged to report this and received further information on a tax refund from the authorities.

HM Revenue & Customs (HMRC) sends out a P800 to inform citizens working in the UK that they are due a tax rebate. This however does not lead to an automatic deposit of the amount into your account. Upon receiving this form, you are obliged to make the claim for the tax rebate. In the event that you have overpaid tax for a number of years, it is possible to claim all of the amount at once.

How much income tax do I have to pay?

Apart from the tax on salaries or pensions, British citizens might be taxed on other types of income such as money paid as dividends or interest from savings. Unless you keep savings in a governmental scheme like ISA (which isn’t included), the basic starting rate for interest on savings is £5,000 tax-free. However, the more you earn, the lower this starting rate is. 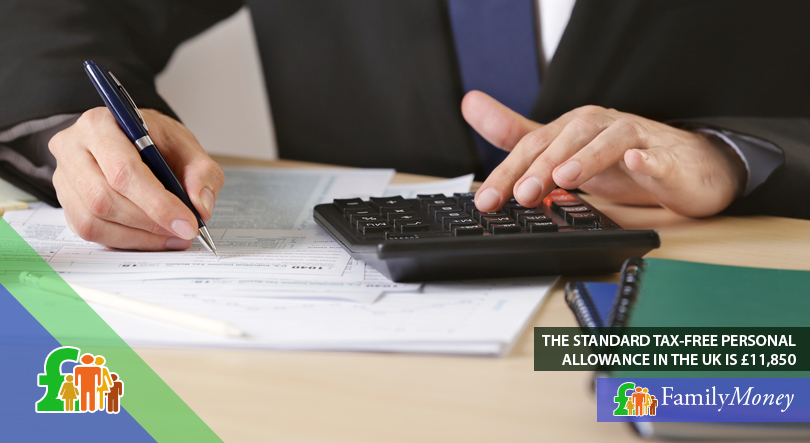 Unless you take part in the government’s Rent a Room Scheme, the tax-free allowance for money received for renting out property is £1,000 a year. You’re also entitled to a ‘trading allowance’ of £1,000. This covers any additional money you might earn by self-employed/freelance work, selling unwanted belongings, etc. One of the most common reasons people pay too much tax is that they have been given the wrong tax code. For citizens with one source of income (for example, a single pension or a job working for one employee), the tax code is 1185L.

Many university students supplement their student loan by taking on a part-time job during term-time. Unless they earn over their Personal Allowance of £11,500 a year, they won’t have to pay income tax on the money they make. On the other hand, they won’t be exempt from paying National Insurance if they receive more than £162 a week.

If students work a full-time job only during the university holidays, this probably won’t be enough to take them over the threshold of the Personal Allowance either. In the past, students used to be able to complete a form and be exempt from paying tax. As income tax in the UK is automatically deducted by the employer for all workers using the PAYE scheme, they should now contact HMRC and arrange for the tax to be refunded.