Recent research by the IFS (Institute for Fiscal Studies) has shown that it is becoming increasingly difficult for young people in the UK to take out a mortgage. We take a closer look at why and what can be done by considering:

In this article, we analyse the statistics to see what they tell us. How much has home ownership changed over the past two decades? We then explain why young Britons struggle to buy a home. Finally, we consider whether there are any solutions to this problem or are they doomed to be ‘Generation Rent’ forever?

What are the UK’s owner-occupancy rates?

In general, owner-occupancy rates in Britain have been on the decline since 2003 (when they reached their peak at 71%). The most current figures reveal that 63% of homes are now owner-occupied in the country.

For young people in the 25-34 age group from middle-income backgrounds earning £22,200-£30,600, the statistics are much worse. Only 30% of those born in the 1980s with parents in lower-skilled jobs have their own home. Even young people with professional parents are less likely than before to hold a mortgage (43%). This is much lower than it was two decades ago when 65% of young Britons from this age group were home owners.

The typical first-time buyer is now both older (aged 30) and earning much more money (on average £41,000). So what has gone wrong for these young people? Whose fault is it?

Why do young first-time buyers struggle to purchase property?

There are a number of reasons why young Britons find it so hard to make that all-important first step on the property ladder. Let’s look at some of them.

According to the IFS report, salary increases have not kept pace with the dramatic growth in property prices in the UK. Even adjusting for inflation, the price of houses in the UK has increased by 152% since 1995 compared to only a 22% increase in wages during the same time period. 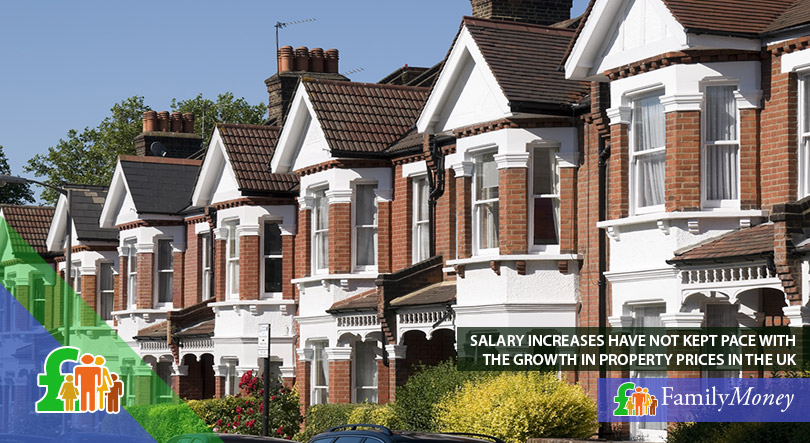 Higher house prices have been fuelled by both increasing demand (especially in the buy-to-let market) and population growth.

Since the 2014 Mortgage Market Review, banks and building societies have been much more demanding in their lending criteria.

For prospective young first-time buyers, 90% of houses on the market are priced at 4 times their annual net salary.

For prospective young first-time buyers, 90% of houses on the market are priced at 4 times their annual net salary. Finding the necessary deposit of at least 5% is a struggle when all their other expenses are taken into account. One of the largest is living expenses especially for those who are renting in the private sector. Even if they save for years to scrap a deposit together, would they pass the lender’s affordability checks to be eligible for a mortgage?

How many people own their own homes in England?

The total number of dwellings in England are estimated to be approximately 23 million. Of this total, about 30% are entirely owned by their occupants. An approximate 40% are occupied by owners who are on a mortgage. 18% of the remaining homes comprise some form of social housing. The remaining 12% of dwellings are privately rented.

What percentage of people rent in the UK?

In the whole of the UK, 20% of households were privately renting in 2017, compared to 28% who are owners with a mortgage, in accordance with data from the Family Resources Survey by the Department for Work and Pensions (DWP).

How long is the average mortgage?

The average length of a mortgage term in the UK is 25 years, but it is possible to take out a mortgage with a repayment plan from anywhere between 6 months and 40 years. While most lenders will typically approve mortgages for the more standard duration of 25 year terms, you may check with your lender if you can adjust your mortgage to a suitable term and respective interest rates for your financial plan over the course of your mortgage term.

Despite schemes for first-time buyers like shared ownership and Help to Buy, the demand far outstrips the supply. Also, there are insufficient new-builds to meet the criteria. Although the Housing Minister Dominic Raab recently announced a £45-million proposed investment in building new homes, this will not be enough to satisfy all those wishing to get their first home.

Some politicians and business people have put the blame firmly on the young for their predicament. They have criticised young people for spending lavishly on takeaways, socialising, foreign holidays, shopping and upgrading their phones. In other words, if they tightened their belts, they could easily afford to buy. Budgeting advice is always useful but even with such economising, there still remains a wide gap between their earnings and property prices.

How to increase home ownership among young Britons 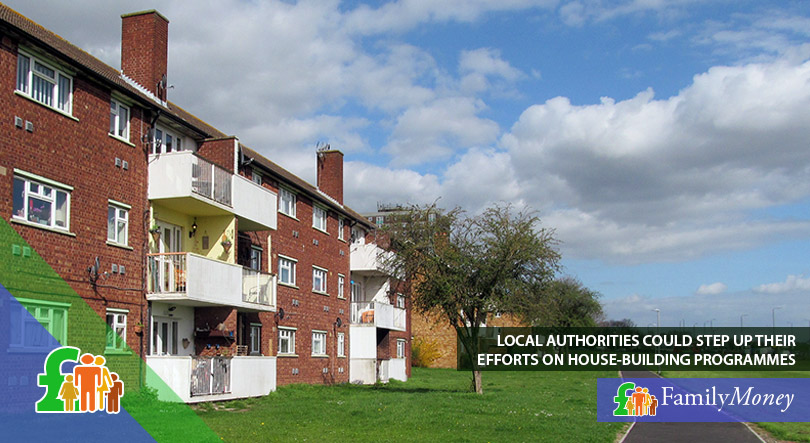 Neither a drastic fall in property prices nor huge pay increases seems likely. Therefore, how can this problem be solved?

Changes in the way that local authorities are funded have made it more difficult for them to take the initiative and construct new-builds for local residents. More autonomy for local authorities would allow them to embark on a programme of house-building. Close partnerships with construction firms (regarding planning permission, building infrastructure, etc.) would allow affordable social and private housing to be built.

Although last year’s abolition of stamp duty for first-time buyers helped reduce the associated costs with buying a home, it didn’t help with the problem of saving for the deposit and being granted a mortgage. Both lenders and the government should do more to help young Britons access cheap mortgage deals. This might involve increasing the term of a typical mortgage to reduce monthly payments or allowing lower deposits.

Unless something is done about this problem, the chances of many young Britons becoming home owners are slim. This will have future repercussions for the country as a whole. They might be able to make enough to get by while they are young and in employment but what will happen when they reach retirement age? Without the security of home ownership to help them, it’s ultimately the taxpayers who will end up footing the bill to support them.