Recent research revealed that as many as 320,000 home owners approaching retirement are planning to clear their debts by using money from their retirement funds. The number of people in the UK who are retiring in debt in 2017 are at the highest levels for 7 years.

In this article about the increasing number of people with debts at retirement age, we shall examine:

A large number of home owners aged between 51 – 65 are planning to clear off their outstanding debts by using funds from their pensions. Less than two thirds of homeowners within this age bracket believe that they will manage to clear their debt by repayments alone. Of the four million home owners within this age group, hundreds of thousands will rely on other means to reduce their debt.

Less than two thirds of homeowners aged 51 – 65 believe that they will manage to clear their debt by repayments alone.

Almost 23% of people in this age group will be paying mortgage repayments after they have reached the age of 65 while one in four people will still be paying after they have reached 70. Other interesting facts uncovered by the Just research showed that the older people become, the less sure they are that they will be able to pay off their mortgages with regular payments. Of the people interviewed from the age of 51 – 55, seven out of ten were confident, compared to those from 61 – 65 where the numbers halved.

The Prudential Insurance Company has also been conducting research recently into the high amount of debt that people of retirement age are in. Their findings showed that the amount of people in debt at retirement age is the highest for 7 years. 25% of those people at retiring age still have an outstanding mortgage and other unsecured debts, typically as much as 24,000 pounds. The research was conducted after findings by the Financial Conduct Authority showed that a large amount of interest only mortgage policies were about to mature. 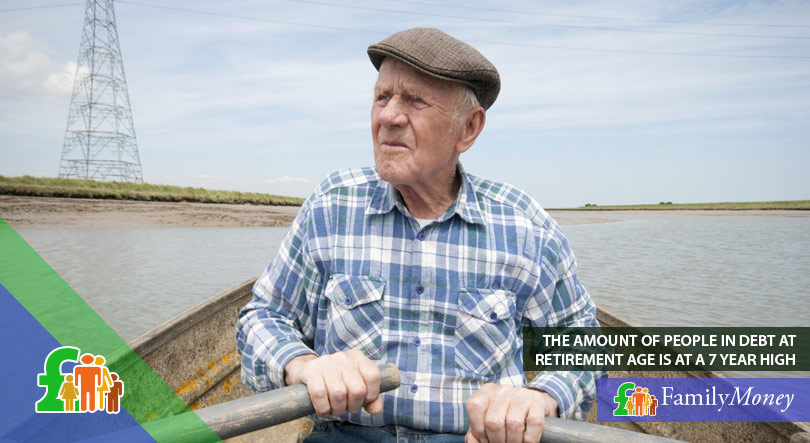 Their research showed that almost half of people who have this kind of mortgage will not have the money to pay it off. With these kind of mortgages, only the interest is paid off and the rest is left up to the borrower to invest, in order to be able to pay when the time comes. Many endowment policies have not performed as expected, leaving people short of money to pay back. This will see an increasing amount of people saddled with repayments well into retirement.

If you are retiring and know you will need extra funds, you may have considered applying for a traditional home loan. The problem with that is it increases the bills you owe by one. A good alternative available if you are at least 62 years of age is a reverse mortgage. It is a long-term loan that, if you select monthly assistance, can pay you for a long period of time, rather than you having to make monthly restitution to your lender. A loan calculator determines how long you can borrow by calculating the total equity percentage available when setting the terms of the loan. you keep ownership of your home and are responsible for taxes and other upkeep. You cannot be evicted for lack of payment like when you miss a standard mortgage payment because there is no set schedule for when you owe reverse loan funds. The loan simply keeps accumulating interest and does not come due as long as you remain in possession of and in full-time residence at your home.

What else did the Prudential research show?

Debt levels for people retiring in 2017 are up 20% on the figures from last year. As many as 25% of people retiring this year have outstanding debt and 38% percent of that debt is owed on property. The Bank of England’s governor, Mark Carney, has recently expressed concerns over the amount of rising unsecured debt in the UK. He said that the Bank were closely monitoring unsecured debt made up of overdrafts and credit card debt as it was rising at the highest levels in 11 years. The figures for people who have debts have risen since last year when those of retirement age owed an average of 18,800 pounds, compared to 24,300 this year. These alarmingly high figures are the greatest since 2012 when the average peaked at 38,200 pounds. Credit card debt accounts for 51% of money owed at retirement age.

People will take years to pay off these debts

For those that want to pay of their debts in a fast manner the Prudential estimates that they will need an average of three and a half years to pay off the amounts owed. This would be possible by paying a monthly repayment sum of 230 pounds. This would leave many people surviving on a pension quite short of money. Some people may need up to seven years to clear debts while 1 in 14 has concerns that they will never manage to become debt free.

A wide number of lenders have provided data that indicates that 30% of people who dip into their pension funds do so to clear off debt.

For those who have had to adjust from having a high monthly income to a smaller pension, the transition can be quite difficult. By having debts to pay off out of this monthly sum many are left with a far from comfortable existence. There are many reasons as to why people are more in debt than in past years, some blame divorce rates for this as people start over by buying a house with a new partner at a later age.

Many people have raided their pension funds since pension reforms were made law a few years ago. The main reason for them taking the money was to pay off outstanding debts. The reforms mean that people over the age of 55 can access money that they saved in a defined contribution pension. A wide number of lenders have provided data that indicates that 30% of people who dip into their pension funds do so to clear off debt. 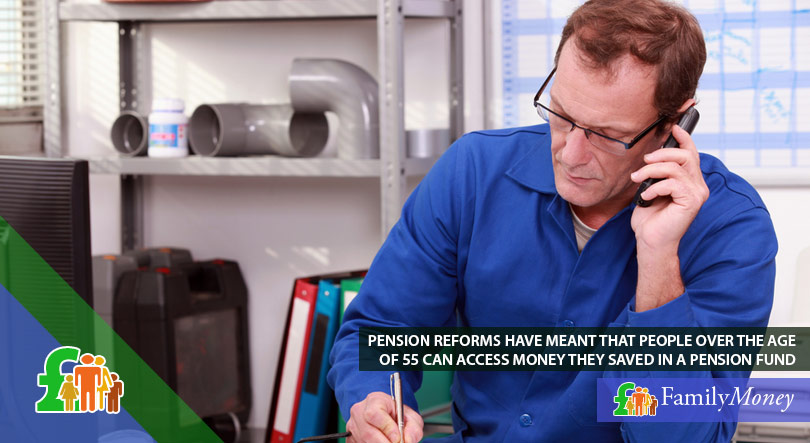 More people than ever are choosing to release capital from their homes by choosing equity release. This allows people to pay off their debts and remain in their homes. 2016 saw record equity release deals sold, making this the fastest growing mortgage segment within the industry. When the owners of the property no longer need it through death or by moving into a retirement home, the property is sold and the lender is repaid.

What conclusions can we draw about the amount of people dipping into retirement funds?

As the number of people who are in debt as they approach retirement age is rising, many are obviously looking for ways to get it paid off so that when the time comes that they will be surviving on a smaller income, they will be able to do so debt free. Many are taking out mortgages at a later age meaning that they will be repaying well into their 70s.

Pension reforms have allowed people access to pension funds from 55 years old leading to rising concerns that they may be left short of money when the time comes to retire. More people than ever are choosing to release money from their houses in order to clear their debts. Equity release plans account for a lot of new business in the mortgage industry.