The recent figures released by the Bank of England revealed a drop in the numbers of mortgage approvals in the last few months from the UK’s leading banks and building societies. Although figures for secured lending were down, other forms of consumer credit are in high demand.

In this article about low levels of mortgage approvals we shall examine:

What the latest mortgage approval statistics show us

Approvals for mortgages in the UK have fallen to their lowest point in June for the previous 9 months. The latest figures show that the number of approvals stand 9.3% lower than they were at the beginning of the year. The figures published by UK Finance, (formerly the British Bankers’ Association), report that the amount of house purchase mortgage approvals has fallen to 40,200 in June compared to 40,350 the month before.

London surveyors are blaming stamp duty, recent taxes on buy to let properties and Brexit for the fall in the market.

These figures that have been gathered by UK Finance show a peak in the month of January which was above 44,000 but a steady decrease since last September with the weakest month yet being June. The figures from the Bank of England for mortgage renewal approvals have remained steady through out the year.

Why have people stopped applying for mortgages?

The effects of the recent leap in inflation has left consumers wary of entering into long term financial arrangements. At the present time massive increases in prices have outstripped what people are earning. A year ago inflation was 0.3% meaning that wages were rising more than inflation. 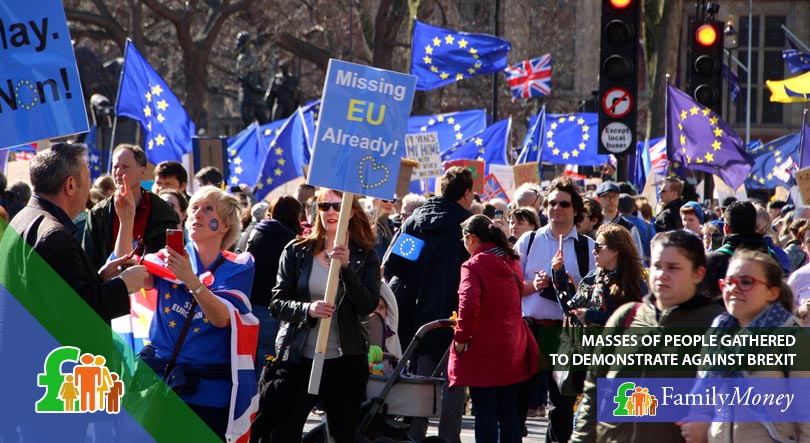 Since the decision by the UK to leave the European Union, the resulting fall in the value of Sterling has had a chronic affect on the rises in the prices of consumer goods. Today the value of Sterling is 15% lower than it was a year ago before the Brexit vote. This has meant that all imported goods have become much more expensive and it has also been felt throughout domestic production as the higher prices for foreign inputs have also had an effect.

In some regions of the UK the property market is at its lowest levels since 2011.The Royal Institution of Chartered Surveyors have blamed political uncertainty, record low stock prices and recent tax changes for the market slowdown. It appears that there are differences from around the country with areas such as Northern Ireland and the West Midlands seeing prices rise.

London surveyors are blaming stamp duty, recent taxes on buy to let properties and Brexit for the fall in the market. The stamp duty that is paid on a 1 million home in the capital works out at 43,750 pounds for the buyer. Campaigners are calling the government to cut down these high taxes. Also hard hit have been buy to let landlords who have lost their interest relief. This has led to many landlords having to sell properties in the capital.

Borrowers may fear that interest rates will rise

In August, the Bank of England decided to leave interest rates at an all time low. Despite this, the Bank warns that this will not go on for ever and that consumers should expect the rate to rise in the near future. In the Bank of England’s 323 year history it has never had such a low interest rate of 0.25%. Just a slight increase in this rate, that has been in place for a decade, could push up the repayment costs for consumers who are already hard hit economically. The Governor of the Bank of England, Mark Carney has said that the coming rise in interest rates will be more than the markets are expecting.

Many mortgage holders will soon be facing higher bills

The cost of the predicted rise in base rates will affect households differently. It will depend on a few factors such as the length of the mortgage term, and whether the rate is fixed or viable rate. If the rate rises by 0.25% then a typical family mortgage of 200,000 pounds, with a 25 year term, will cost an extra 25 pounds a month or 300 pounds a year. 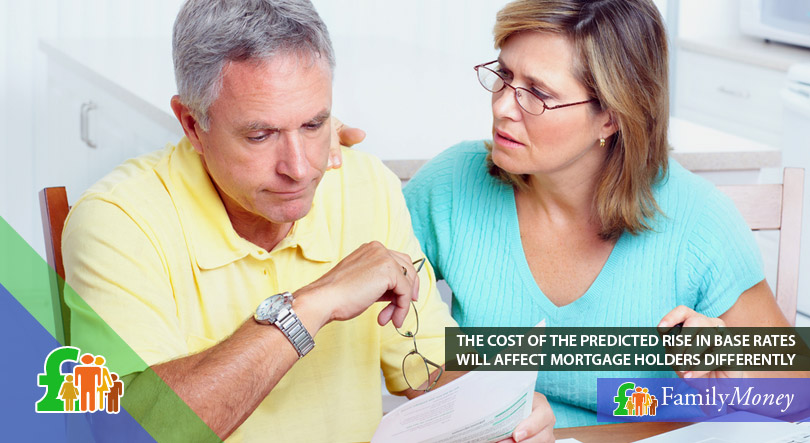 If the rate goes up 0.5% then the figures will be doubled. If they were to rise by 1% then the monthly payment would be 100 pounds, or 1200 pounds for the year. It’s a lot of money for people to loose. These figures were sourced by Moneyfacts. David Blake from Which? Mortgage Advisors has warned consumers that are on a viable rate to contact an independent mortgage advisor for advice before the rises are imposed. People who have a fixed rate term will not be affected until the term ends, but will then be subject to the increases.

Banks, credit card companies and car loan providers have been warned recently by the Bank of England that action will be taken against them if they continue reckless lending. The recently high consumer debt figures have sparked warnings from the government for lending companies to stop lending on easy terms. Alex Brazier of the Bank of England expressed fears of another financial crisis unless stricter measures were put in place.

Over the course of the last year household incomes have risen by an average of 1.5% but credit card debt and outstanding car loans and loans have risen by 10%. Lenders have made it increasing easy for consumers to borrow money at much lower rates to encourage them to borrow. It is feared that the risk factor with these high levels of borrowing has not been properly assessed and the Bank’s measures will prevent the collapse of financial institutions as in 2008.

Most cars on the road in the UK are PCP financed

Over the past decade the number of people buying cars on a personal contract payments plan has risen sharply. This form of leasing has become increasingly popular and nowadays four out of five cars are purchased this way. If the prices of cars should fall then banks and shareholders in these companies could be at high risk, warned the Bank of England. This type of finance accounts for three quarters of the growth in consumer credit as rises of 20% each year have been seen since 2012.

The recent slump in the number of mortgage approvals has caused the housing market to slow down in recent months. It is not true for all areas of the country where some markets have not been affected in the slump. Consumers may not be ready to borrow at the moment due to high inflation against earnings, fears over Brexit and recent changes to the tax system. With a promised rise by the Bank of England in interest rates, many borrowers may fear taking on such a large financial commitment. Other areas of consumer debt are at very high levels and are causing concern t for the government.