The present Inheritance Tax system in the UK manages the incredible feat of being both widely unpopular and highly inefficient. Bearing in mind the common calls to reform the system, we consider:

In this article, we explain the present system of death duties, consider the reasons why it’s so hated as well as how much revenue it actually raises for the country. We then consider the proposed changes put forward by the Resolution Foundation in May 2018, and why they believe it will be an improvement on the existing system. Finally, how likely is it that their suggested Lifetime Receipts Tax will be adopted?

What is the Inheritance Tax system in the UK?

At present, Inheritance Tax is paid on estates which are worth over £325,000 including all property and savings although spouses are exempt. The threshold is doubled when the property is held by a couple. By 2020, this threshold is due to increase to £1 million. The rate is 40% for amounts over this threshold although taper relief means that if bequests are made in the 7 years before death, this rate gradually drops.

There are a number of tax relief schemes for which Inheritance Tax isn’t imposed. The most well-known are the exemption of agricultural land (to prevent large estates being broken up on death) and any shares in the hi-tech market (to protect entrepreneurial investments).

Why is the Inheritance Tax so unpopular in the UK?

One of the reasons for the unpopularity of the present Inheritance Tax is that it is imposed at a time when people are going through the pain of a bereavement.

This isn’t the only reason, however. 4 in 5 Britons also consider the present tax to be unfair. Some people think that Inheritance Tax is a double taxation on savings and earnings which had already been taxed during the life-time of the deceased. At the highest rate of 40% it is double the 20% basic Income Tax rate so many consider it to be extortionate. 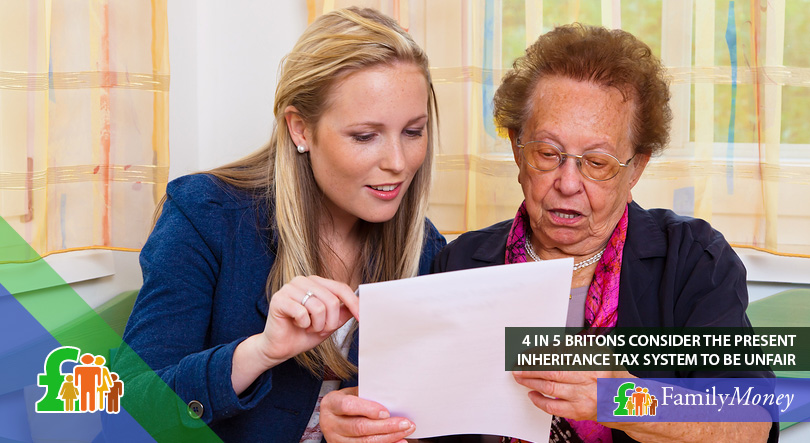 Finally, a number of loopholes and tax avoidance schemes allow some estates to avoid paying the tax completely. For those who can’t take advantage of these schemes, it seems unfair that they should have to pay while those with more to pass on to beneficiaries get away without paying anything.

Why is the present Inheritance Tax inefficient?

From the government’s point of view, tax avoidance schemes mean that Inheritance Tax doesn’t raise as much revenue as it could. Every year, death duties raise £5 billion, which represents less than 1% of the UK’s total tax receipts. Of all the estates going through probate, only 4% of beneficiaries are eligible to pay tax on their inheritance.

Every year, death duties raise £5 billion, which represents less than 1% of the UK’s total tax receipts.

What are the Resolution Foundation’s proposed changes to Inheritance Tax?

Because of its unpopularity and unfairness, the Resolution Foundation think-tank have put forward a series of changes to completely overhaul the Inheritance Tax system. Let’s look at their suggestions in more detail as well as outlining the possible results.

What is the inheritance tax threshold?

Do I have to pay inheritance tax on my parents house?

Do I have to declare inheritance on my tax return?

When inheriting anything in the UK, you are normally not expected to pay tax on it at the time that you inherit it. However, you may be subject to inheritance tax a later date, or income tax from any profit that you make from your inheritance. The latter could be in the form of shares or rental income from a house. If you sell these shares or inherited property, then you may be liable to pay Capital Gains tax.

Instead of having to pay death duties on the estate as a whole, the Resolution Foundation have proposed that there should be a Lifetime Receipts Tax. Apart from spouses (who would be exempt), every beneficiary would be entitled to receive a tax-free inherited lump sum of £125,000. For sums over this amount, the recipients would be taxed at a much lower level than the present rate of 40%. Instead, they would pay 20% for bequests worth up to £500,000 and be taxed at a rate of 30% for sums over this threshold.

The benefits of a Lifetime Receipts Tax

The main benefit of a Lifetime Receipts Tax is that it would encourage people to spread their bequests among different beneficiaries. Paying bequests as income – rather than on the whole estate – would remove the criticisms of Inheritance Tax being ‘double taxation’. 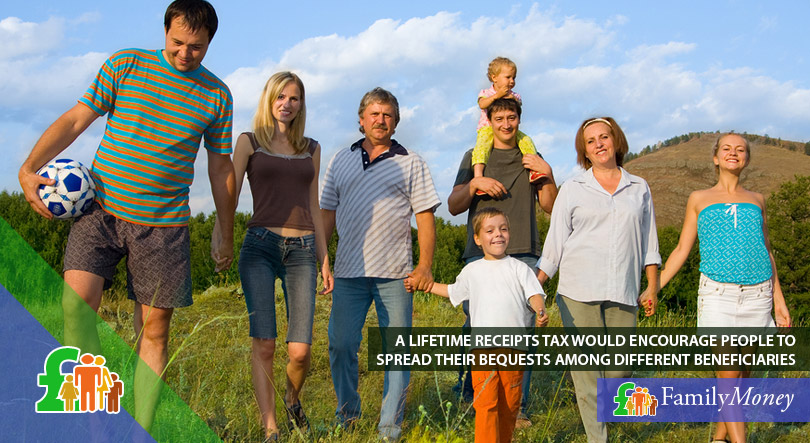 Even with taper relief, some people are reluctant to pass on their wealth to their beneficiaries before their death. At the moment, the average age of a beneficiary is 61 years old. This is too late for them to use the lump sum to buy property or help raise their children. This new tax might encourage them to release the capital earlier in the form of gifts. This would allow millennials to access their inheritance earlier, and help them onto the property ladder sooner.

For the government, the tax rate may be smaller but more people would be eligible to pay it. The Resolution Foundation say its main advantage is that this would raise more revenue for the state. They estimate that tax revenue from bequests would more than double to £11 billion a year. It would also be much more difficult to avoid.

Will the Lifetime Receipts Tax be adopted?

At the moment, the Office of Tax Simplification (an off-shoot of the Treasury) are considering ways to reform the present Inheritance Tax system, and are asking for the views of the public. The general consensus is that the reforms suggested by the Resolution Foundation are too radical to be accepted. Instead, experts predict that some of the loopholes and tax relief schemes to avoid paying death duties will be tightened up.

At the moment, gifts and bequests to relatives are worth over £125 billion a year. However, Inheritance Tax only raises £5 billion in revenue. There are ways to overhaul the present system to make it both fairer and more efficient. If house prices continue to rise, more and more property-owners will find themselves eligible for death duties in the future. If they aren’t prepared, then they could be in for an unpleasant shock. There’s probably no way to make a tax popular, but it must be perceived to be fair.