The sugar tax on soft drinks that is due to be imposed in April 2018 was created to raise money for children’s sports and healthy eating programs within schools. It is now feared that most of the money that was hoped to be raised will be directed into general school funding.

In this article about sugar tax revenues being used in school budgets we shall take a look at:

What is the sugar tax?

The soft drinks industry levy, is due to be imposed from April 2018. It was announced in the budget last year as a way to cut down childhood obesity and promote healthier lifestyles for children. The sum of 415 million pounds was promised to schools to help them fund programs for mental health as well as physical well being. This money is not allowed to be spent on teachers wages, it is designed to all go into funding these programs for the children’s’ benefit.

This tax was hoped to target childhood obesity in Britain which is at alarmingly high levels, by funding programmes in schools that would teach children about healthy living and increase physical activity, hoping to lead to better, healthier lifestyles from a young age. The levy on all sugary drinks increases depending on the level of sugar in the drink. The idea was that drinks companies would be forced to lower sugar levels in drinks which many of them have now done, meaning that less money than was previously thought will be raised.

Money promised for this new scheme may now be used elsewhere

There are concerns from local council leaders that money raised from the sugar tax that had been promised to schools to fund the new programmes, may be directed elsewhere to fill holes in the school budgets. Public health budgets have been slashed over the last five years by 531 million and the Local Government Association (LGA) has said that it is crucial that the levy funds are protected.

How much cash was the levy expected to raise?

The sugar tax had expected to raise 1 billion pounds over the next Parliament. This money was guaranteed by the treasury even though it is now expected to be less, as drinks firms changed the recipes of their drinks in a bid to avoid paying the tax. Despite earlier pledges, last week the Department of Education announced that 315 million pounds of the annual levy funds would be used to address shortages in school budgets, leaving just 100 million to fund the promised programmes. 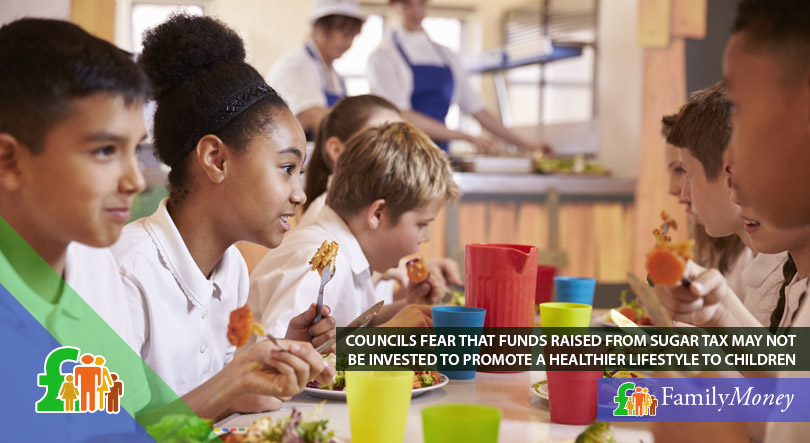 Education Secretary Justine Greening recently announced that an extra 1.3 billion is to be spent on school budgets over the next 2 years. This came after schools and parents had expressed concerns about the growing pressures on school budgets. Thousands of schools are facing budget cuts under the new funding scheme that are causing concerns for ministers. Conservative MP’s had made school funding one of the prime issues during the recent election as schools warned that they may have to lay off teaching staff. 10 Million pounds of funds from the levy are to be injected into plans for breakfast clubs in schools to provide free food in the mornings at British schools.

Education Secretary Justine Greening recently announced that an extra 1.3 billion is to be spent on school budgets over the next 2 years.

What problems are budget cuts causing in Britain’s schools?

Headteachers, who are having to stretch school budgets, are being forced to stop offering lessons such as music, arts and drama or drastically reduce lesson times in a bit to save money. Teachers are teaching larger classes of children and working increasingly longer hours with less help from support staff. Help for special needs students is having to be limited. 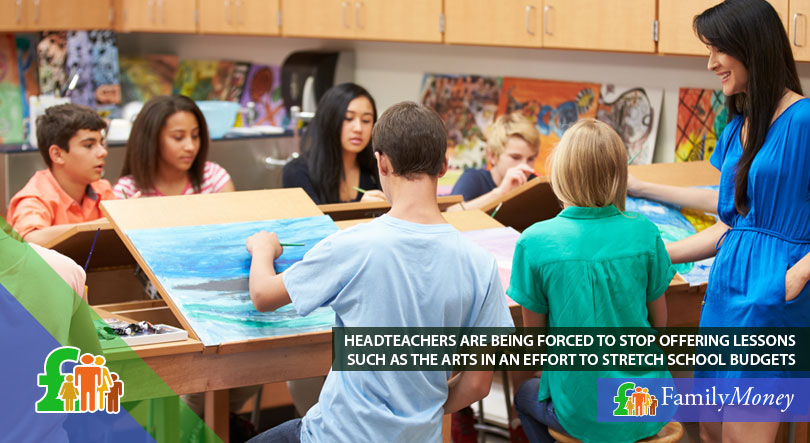 Books and stationary budgets have been slashed with some children being asked to buy their own text books. Paper regularly runs out meaning that classwork cannot be printed on old IT equipment that is often broken or outdated.

The government’s childhood obesity plans could now be compromised

The chair of the LGA’s community well being board, Izzi Seccombe, has expressed concerns that the government is hijacking money to fund shortages elsewhere in school budgets. The money was promised to tackle childhood obesity by providing education in schools to enlighten children on ways to live a healthier lifestyles. She also said that the scheme had been a step in the right direction to tackle the problem, but shuffling the promised funds to other areas of school funding could be at the expense of children’s health. She also stated that “It calls into question the original purpose of the levy”.

What else did the plan consist of?

The government Childhood Obesity Plan, revealed last August, included the levy on soft drinks and a voluntary scheme from food manufacturers to sign up and reduce sugar content in their foods but without penalties if they fail to do so. Many other measures that had been suggested by the Health Select Committee have been left out of the plan. Dr Sarah Wollaston MP who is the chair of the Health Select Committee, expressed extreme disappointment that the government had chosen to leave out many of their recommendations.

The committee has also called for a ban on discounting junk foods and for television adverts that were promoting unhealthy foods to be banned before 9pm. It was recommended that local authorities should have more power to prevent fast food outlets from opening in their areas and for clearer labelling and penalties for companies that refused to bring down sugar content. There are worries than the current plan is not sufficient to tackle the problem of childhood obesity.

Experts on child obesity are warning that without tougher action by the government, generations of children could be facing a future with ill health and unhappiness. At the present time one in five children in the UK are classed as overweight. Children with weight problems are often bullied in schools and lack friends causing mental health issues that follow them into adulthood. The World Health Organisation says that world wide obesity in children has risen by 30% over the last two decades. 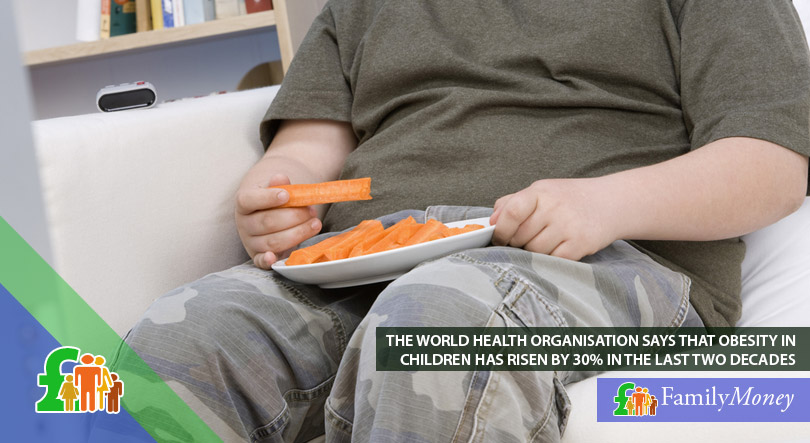 Paediatricians and health experts are worried that by not including advertisement bans before 9pm, the government are ignoring research proving that that kind of foods that children see on television are directly influencing the types of foods that they choose to eat. They are afraid that the government’s plan misses opportunities to strike at the roots of the problem.

So what conclusions can we draw about monies for the child obesity plans being used elsewhere?

The UK is one of the richest countries in the world and it seems that education is being seen by the treasury as a burden as opposed to an investment in the future of the country. Unless childhood obesity is tackled, the country will face huge health bills in the future as many illnesses are directly linked to childhood obesity. Many mental health issues can also be linked to this growing problem meaning that the future for many will be an unhealthy and unhappy one unless the problem is dealt with now.