Inheritance tax is something that we have all heard of but may not know exactly what it means and how it could affect us. We shall try and explain in this article what it is and who pays it.

In this article about inheritance tax we shall examine:

What does inheritance tax mean?

When a person dies and owns property, or have money in the bank, the things of value that they leave behind are referred to as “the estate”. An estate can include belongings, property, savings, and assets left behind after funeral expenses and debts have been settled. There are a certain amount of assets that may be passed on to heirs without having to pay inheritance tax. This amount of inheritance tax free money is called “the nil-rate band”.

How much is the “nil-rate band” worth?

For the year 2017 – 2018, the amount of money that is inheritance tax free is 325,000 pounds for each person. This allowance rate has been in place since 2011 and has been frozen until 2019 when it will be reviewed again. When a home is willed to children or grandchildren, included fostered, adopted or step children, then the amount increases to 425,000. Anything above this amount is taxable at 40%.

According to the Office For Budget Reforms, during the year 2015/16 it was only 40,100 families that were liable to pay inheritance tax on assets that were passed on to them from a family member. That was 8% of all the estates in question during those years. As the prices of houses are rising recently, this amount is expected to increase in the future, although less quickly than was expected.

The extra allowance on properties came into effect in April 2017

To counter the rising property prices, from April 2017 the government introduced an extra allowance to prevent more people having to pay inheritance tax. This new allowance is only accounted for if the property has been used as a home. When a property is part of an estate that is being passed on to direct descendants, this extra 100,000 allowance is applicable. It may not be used by nieces, nephews, siblings or other relatives, only children. 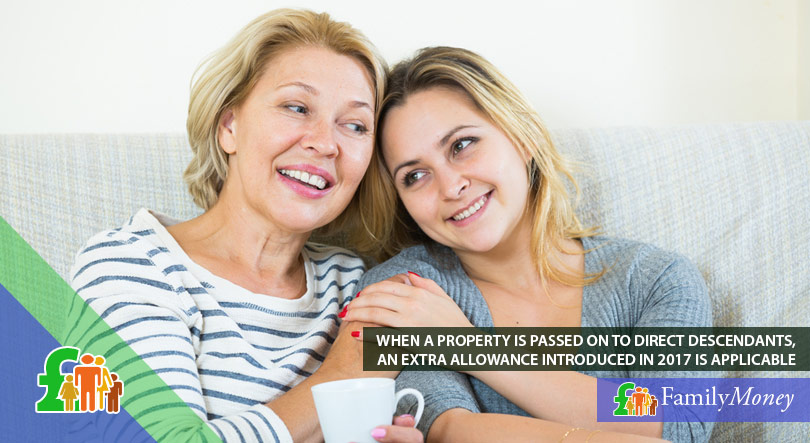 This new allowance has been designed to increase and will rise every April by 25,000 pounds. This means that until 2020, when the increase has been capped, a total of 175,000 extra will fall into the nil-rate band. So by 2020, an individual will be able to pass on 500,000 pounds to their children before having to pay inheritance tax on the estate.

So what have we learned so far about inheritance tax?

At the moment in the UK, a married couple or a civil partnership can leave a total estate of 650,000 pounds before inheritance tax needs to be paid. If the estate includes a home then the figure rises to 850,000 pounds. There is an exception to this rule that applies when a partner has deceased before March 21st 1972 which means that they do not benefit from the double allowance.

Can money be gifted to avoid paying inheritance tax?

People are allowed to gift money, possessions or property to a person as long as the giver lives for seven years after the assets were gifted. If the gift giver were to pass away before the seven year period and the gifts had exceeded the non-rate allowance, then a taper system comes into existence. This means that 8% inheritance tax would have to be paid if the gift giver passed away 6 years ago, or 24% if it were 4 – 5 years ago. If the death were less than 3 years after the gifts were given then the normal amount of 40% is charged.

Any person is entitled to gift 3000 pounds a year without paying tax.

As many gifts as you like to different people of 250 pounds may be gifted each year before paying tax. People can find themselves liable to pay inheritance tax as opposed to the estate when a person has passed away within 7 years and have exceeded their allowance. Any person is entitled to gift 3000 pounds a year without paying tax.

What is the annual exemption?

This amount of 3,000 pounds of gifted money is called the annual exemption and may be carried over to the following year up to a maximum of 6,000 pounds. If the recipient can prove that the money was gifted through income as opposed to saved money, then inheritance tax will not be charged. The receiver may have to prove that the standard of living of the gift giver had not been compromised as a result of the gifted money. 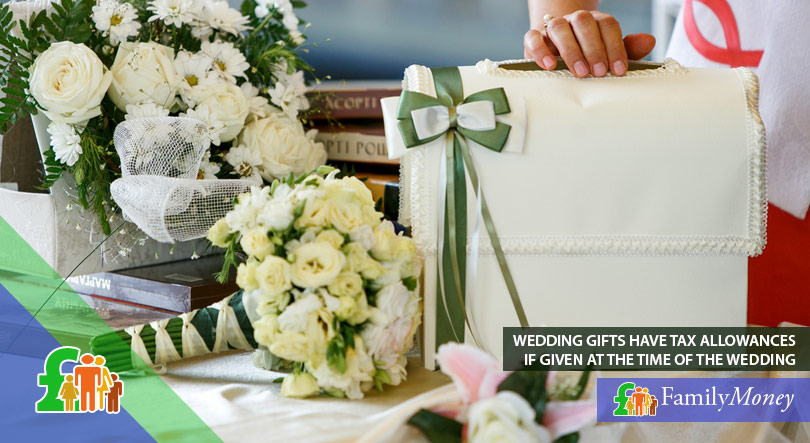 Wedding gifts that are given at the time of the wedding can also have tax allowances. A gift of 5,000 pounds to a child may be gifted without paying tax. The allowance is 2,500 for a grandchild or great grandchild and 1,000 pounds to anybody.

How long do beneficiaries have to pay the inheritance tax bill?

The heirs of an estate, that has been willed to them, must pay the amount of inheritance tax that is due by the end of the sixth month after the person has deceased. In order to pay the tax the beneficiaries will need to obtain an inheritance tax reference number from the HMRC. This number should be requested at least 3 weeks before the due date of the payment so that it can be processed in time.

What conclusions can we draw about inheritance tax?

Only around 8% of beneficiaries end up paying any inheritance tax on an estate. The government has introduced new rules to help people pay less by upping the nil-rate base when a property is willed to children. Couples can pass on a joint allowance to children to inherit before paying any tax. There are rules in place to monitor the amount of money that may be gifted each year but providing a person lives for seven years after gifting a large amount of money, then no inheritance tax will be paid.